Donald Trump’s biggest military conflict almost happened a few days ago. And conservatives everywhere are saying, ‘I told you so.’

We’ve gone through the list of belligerent states before – North Korea, Syria, Russia, ISIS, Iran, and so forth. Trump has been dealing much more strictly with all of them. No bowing, no capitulations, and certainly no bad deals.

Because of all this, it was pretty clear from the get-go that there might be military conflict. And it may have started on Friday.

Iran and the US military exchanged shots with each other. And right outside the Iranian border, to boot.

A U.S. Marine helicopter was targeted with a laser by an Iranian missile boat in the Persian Gulf the week, triggering an automatic response from the aircraft, which fired flares back at the ship. 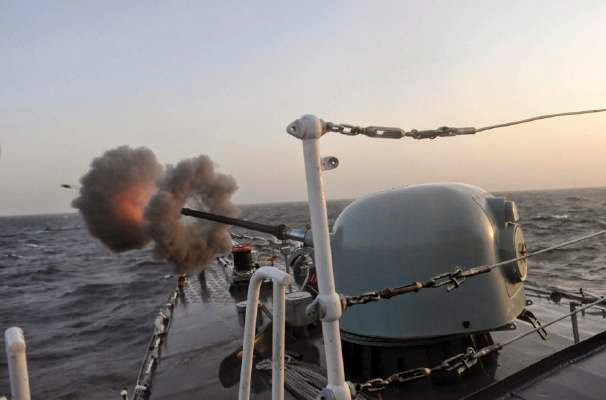 We should be clear – the ‘shots’ here aren’t bullets. They’re very bright lights, and flares. But that doesn’t mean they’re not being used as weapons.

“Illuminating helicopters with lasers at night is dangerous as it creates a navigational hazard that can impair vision and can be disorienting to pilots using night vision goggles,” Urban said.

This incident comes just days after a U.S. F-15 shot down an Iranian drone in southern Syria after it fired on U.S.-backed forces at a training camp near Al Tanf near the border with Jordan.

Iran, in short, was probably angry that US forces are effectively winning the proxy war in Syria.

And they pushed back by creating a very dangerous situation for pilots and sailors off the Iranian coast – blind the pilots with bright lights, and squeeze the sailors out of maneuvering room.

That last one is important, too. The flares we fired back at the Iranians? Also a way to get them to back off. Because two ships too close to each other makes for dangerous sailing.

The Iranian vessel came within 800 yards of the U.S. warships.

Cdr. Bill Urban in a statement called the interaction “unsafe and unprofessional.”

But not unintentional. The intent is clear – see how much harassment you can get away with, and use it to make conditions unsafe for American servicemen.

It’s a good way to start on the road to war.