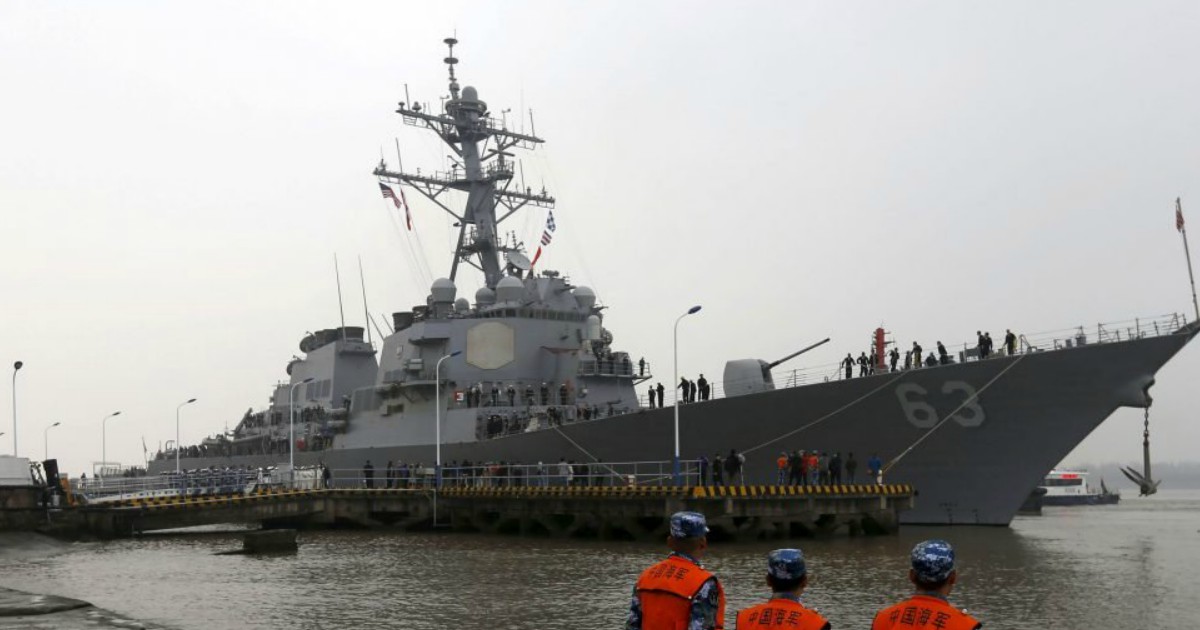 The arena of international military is always tense.

We work with many nations in efforts to keep them safe. They enjoy the presence of U.S. military, be it in Europe, the Middle East, or Asia.

But there are a few nations that can be considered our rivals. They don’t like seeing our military abroad. And now they are fuming.

The Arleigh Burke-class guided-missile destroyer USS Stethem sailed within 12 nautical miles of Triton Island, part of the disputed Paracel Islands, territories controlled by China but claimed by Taiwan and Vietnam.

This appears to be the Trump administration’s second freedom-of-navigation operation in fewer than 40 days.

The U.S. sent the USS Dewey within six miles of Chinese artificial islands in the Spratly Islands in May.

While American reports claim that the Stethem was merely shadowed by a Chinese People’s Liberation Army Navy (PLAN) vessel, the Chinese Ministry of Defense claimed it sent warships and fighter jets to drive out the U.S. vessel.

The PLAN reportedly sent out the guided-missile destroyer Luoyang, guided-missile frigate Suqian, and minesweeper Taishan, along with two J-11B fighters in response.

It’s clear from China’s recent actions that they are not interested in abiding by international law. They consistently push the boundaries in the South China Sea and other areas.

They know other nations use these water ways, some rely on them entirely. Yet they want to take control, defying even the United States.

The movements by our navy are simply a message to China. That they cannot bully the U.S. or our allies from these important waterways.

Secretary of Defense James Mattis has accused China of “shredding trust” in the contested South China Sea, with the U.S. military promising to fly and sail wherever international law permits.

With tensions over North Korea high, China needs to be backing the U.S. Instead they are becoming more and more aggressive. We’ll have to see how they respond to future challenges.