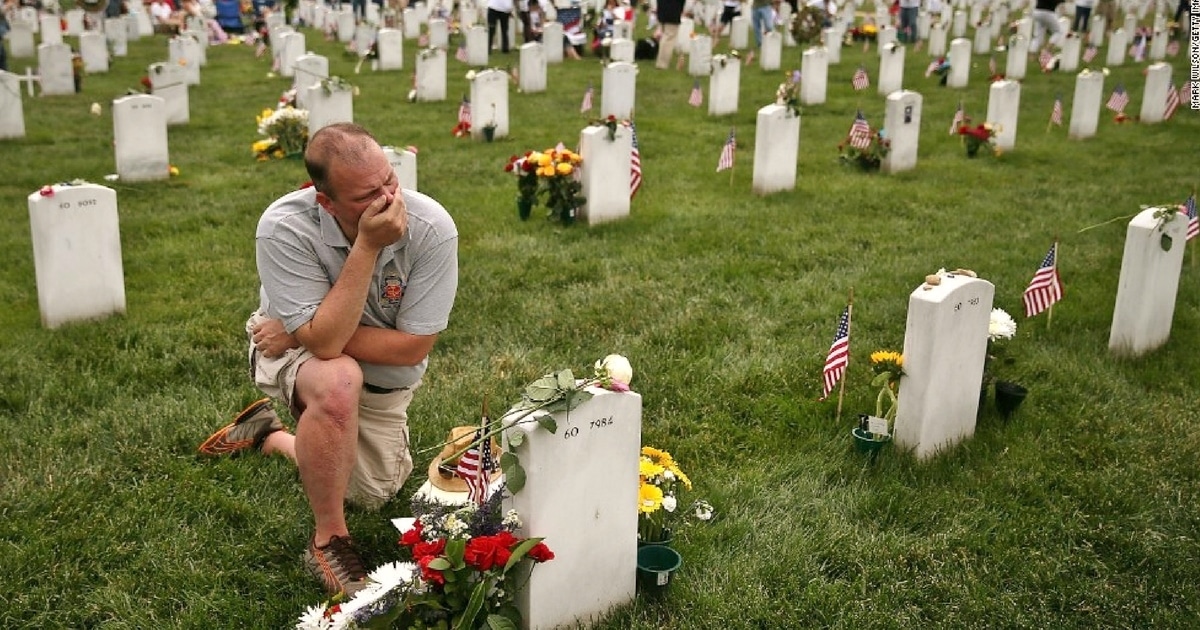 Big government doesn’t work – and today’s proof is a large group of pissed off patriots.

Conservatives have long believed one thing about over-regulation – no matter how well-intentioned, there are always unintended consequences. And it’s those consequences that often become unjust, or expensive, or just plain stupid.

And now, as a result of a well-intentioned – and conservative – law, Americans can no longer honor the fallen at Arlington Cemetery with an American flag. Arlington National Cemetery is one of the most patriotic and revered places in the United States, as it serves as the final resting place for hundreds of thousands of our nation’s heroes.

But family members, friends and other visitors who may want to pay their respects at the cemetery have been forbidden by law from carrying one particular patriotic item with them — an American flag.

Under 38 U.S. Code § 2413, anyone displaying “any placard, banner, flag or similar device” at Arlington or other burial grounds run by the National Cemetery Administration without special pre-approval will be subject to a penalty of fines or up to a year in prison.

The reason such an absurd law was enacted in the first place?

You’ve probably heard of it – Westboro Baptist Church. The same guys who show up to protest the funerals of American soldiers, and rejoice when they perish. Those guys. Westboro Baptist Church showed up at Arlington burials with posters chiding mourners with messages such as “Thank God for dead soldiers.” They picketed military funerals, claiming that combat deaths represented God’s anger for the country’s tolerance of homosexuality.

In response, [Republican Mike Rogers] helped write the ‘Respect for America’s Fallen Heroes Act,’ a bill that made it illegal to protest funerals held at Arlington Cemetery.

For obvious reasons, the law passed. But with one flaw – it banned “any placard, banner, flag or similar device.”

Now, the intent here was pretty obvious. After all, no one wants to pay respects to the fallen while a group of lib protesters are waving ISIS flags around.

But if you’re not part of a funeral, and you can’t honor fallen comrades with an American flag? Then we might have a problem. And a serious flaw in an otherwise decent law.

A law, mind you, that should probably be changed.