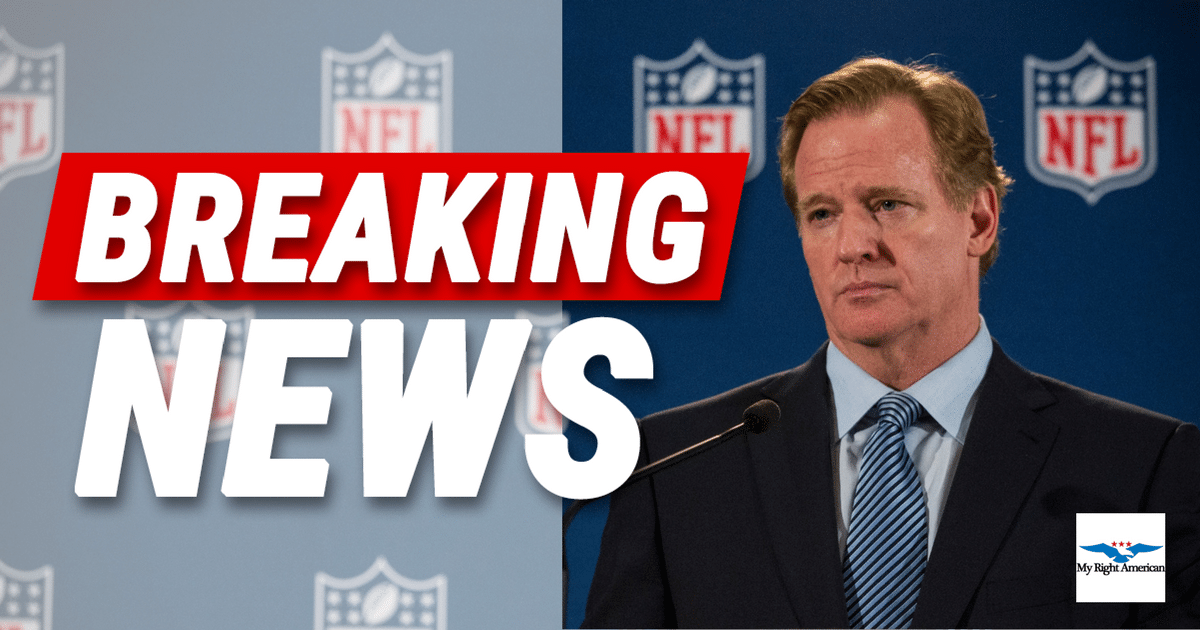 The NFL decided to use our typical evening entertainment as their political platform, and America has responded in a huge way. Everybody seems to have an opinion on this matter, but NFL ticket sales show how America really feels.

Some call it the Trump Effect — I call it sweet justice.

I fully recognize and respect the right of any American, no matter race or religion, to protest and stand up (or kneel) for their beliefs.

However, the NFL needs to remember that they are an entertainment network. They are supposed to entertain us.

That’s what we pay them for, remember?

If you work at Target and want to protest, are you going to do it in a uniform over the intercom on company time? Hell no.

You’d get fired in an instant.

The NFL has the full right to allow whatever form of protest they want to go on during their football game — and America has the right to take its money elsewhere.

Guess what Roger Goodell (NFL Commissioner), you screwed up.

Check this out, I can’t stop grinning ever since I read it =)

Ticket Sales for Week Three have dropped by 65% more than last year’s drop.

There you have it folks — America is responding.

We don’t want to see this sort of disrespect when we turn on the TV to be entertained. You get paid millions of dollars in America to run around with a ball, don’t forget that fact.

There’s nothing like proof to back up your claims. Dropping 7.1% of all total sales is millions of dollars they’ve lost already, and it’s just the beginning.

Share with friends and family and show them the power of putting your money where your mouth is.