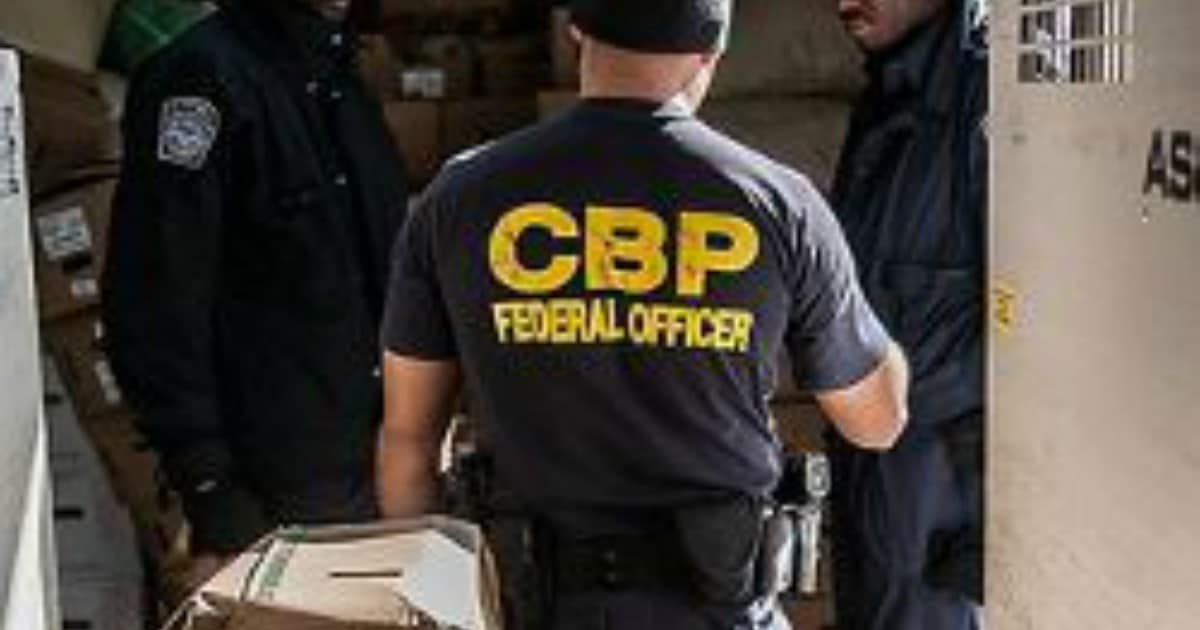 There is no shortage of idiots in the world.

Daily we are reminded that our airport security have a tough job. Often the idiots of the world will try something mind-blowingly stupid and dangerous, hoping that the men and women who protect the United States are as equally dumb.

We hear about people trying to board planes with contraband, such as knives and other weapon-like objects. Occasionally headline news reaches us, exposing the plans of violent terrorists, who seek to smuggle explosives or other dangerous materials onto flights.

Because of these dangers, U.S. Customs and Border Protection are always vigilant to spot suspicious passengers who aren’t traveling for business or pleasure.

Such was the case recently at New York’s JFK airport, when two men were stopped. When they were examined, security found a mother lode in their pants. 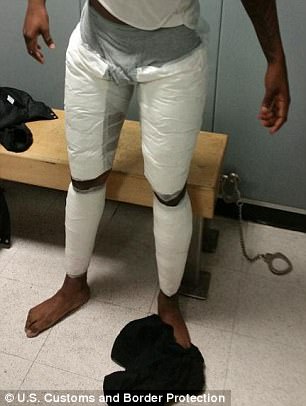 Two men were found with a total of 23 pounds of cocaine taped around their bodies at John F Kennedy International Airport last week.

US Citizen Ariel Garcia, along with Elvin Montilla-Sosa of the Domincan Republic, were arrested in New York on Wednesday with cocaine worth a street value of $380,000, according to Customs and Border Protection.

The CBP released photographs of the two men, who now face federal drug smuggling charges, with bulky packages wrapped around their bodies. 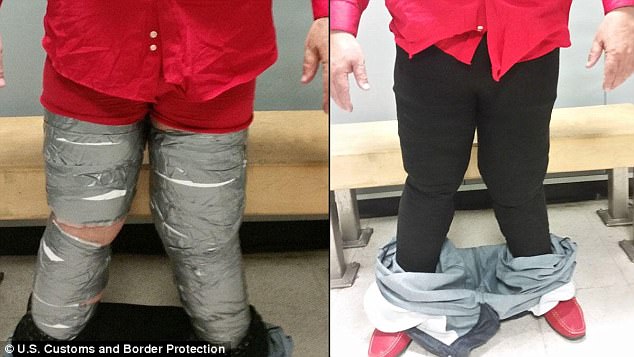 The two men arrived in the US on the same flight from Santo Domingo, Dominican Republic last week, the CBP said.

They were taken to a private search room, where officers found about 11 pounds of cocaine – worth about $180,000 – taped to Garcia’s legs.

Montilla-Sosa was found with 12 pounds of cocaine, with an estimated street value of $200,000, taped in bulky packages to his legs and back. 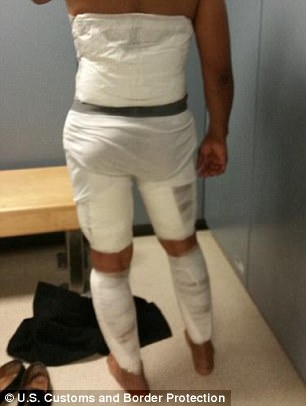 It would be hilarious if it wasn’t so shocking. The thought that these men could so easily smuggle drugs through an airport, when modern security checks are so thorough, staggers belief.

Most travelers are aware of the full-body scanners used in most airports, the ones that check your entire body for even the smallest item. Apparently these guys thought such effective technology would miss the enormous bags of drugs strapped to their legs and back.

Even if they were to avoid the scanners, security agents would have checked them by hand, easily discovering the thick packaging.

And even if they alluded that check, drug-sniffing dogs would have flushed them out immediately.

What made them think they would ever pass CBP forces in one of the country’s largest airports? I can tell you from personal experience that JFK is crawling with security, police, and even military. The idea that two rubes could sneak that much cocaine through there is laughable.

But it is a sober reminder that every day crooks and criminals are seeking ways to assault our country. These two idiots were caught, but more will try.

Our security forces will always have work to do.