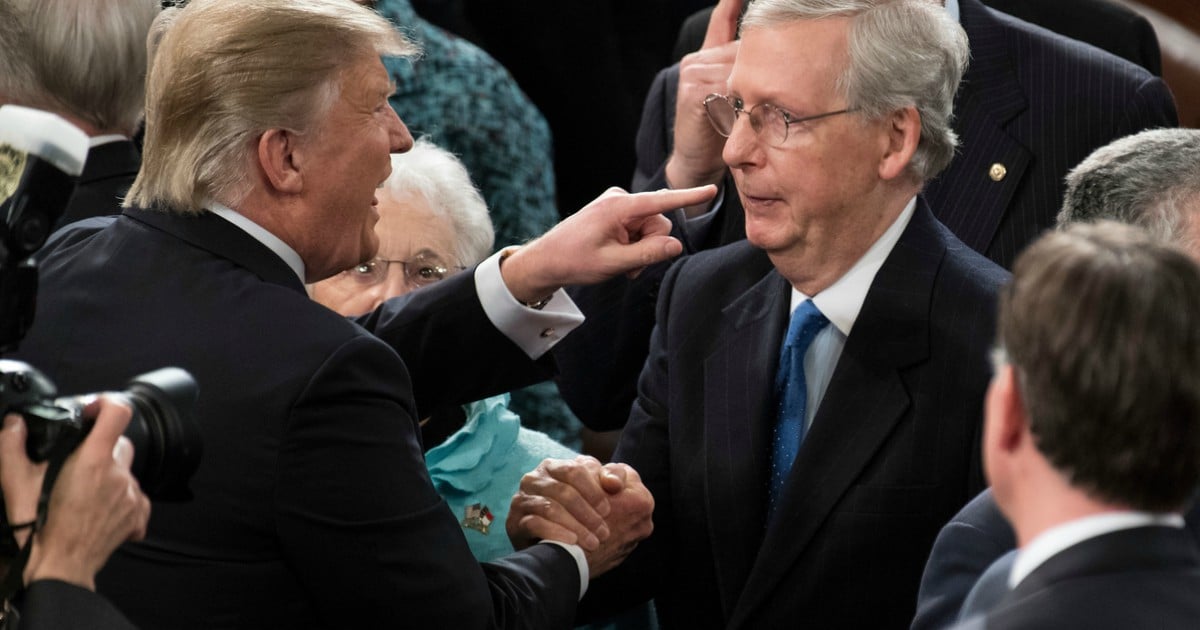 Any good businessman knows one thing: if you have everything you need to get a job done, and the job still isn’t done, the problem isn’t with resources. It’s your people.

Fact is, when it comes to Repeal and Replace, the problem is the same: it’s the people. Because the Republicans own the House, and the Senate. Anything they want to accomplish should be easy for them – just vote it in, and Trump will sign it.

So when the Republicans have everything they need, and still can’t Repeal and Replace Obamacare, it’s natural that the Boss would be a little angry.

It’s probably why Trump offered McConnell a little encouragement this week, along with a stern warning: get back to work.

Mitch, get back to work and put Repeal & Replace, Tax Reform & Cuts and a great Infrastructure Bill on my desk for signing. You can do it!

The ‘you can do it’ at the end is a nice touch, and helps keep everything civil. But the point of the tweet is clear: I have expectations, and it’s your job to get them done.

Because McConnell, from what I see, is trying his best to weasel out of his responsibilities.

Trump in recent days has been expressing frustration with McConnell after the Kentucky Republican vented earlier this week about the president’s “excessive expectations” for his agenda.

On Wednesday, Trump pushed back.

Senator Mitch McConnell said I had "excessive expectations," but I don't think so. After 7 years of hearing Repeal & Replace, why not done?

And pushed back again.

And he’s not wrong. If you had seven years to practice something, and then suddenly failed every time you tried to do it when it counted, I think I’d be justified in believing that you never really wanted to do it in the first place.

And given everything else that Trump wants done, time is wasting away. After all, if the Republicans can’t get Repeal and Replace done, they don’t have a prayer of getting any of the harder stuff done. An infrastructure bill isn’t just going to pass with ease.

Fact is, infrastructure and tax reform are both going to take a lot of work. Much more work than repealing Obamacare will take. And if the Republicans aren’t prepared for the latter, we’re doomed.

Trump is playing nice at the moment. But if things continue as they are, expect him to start turning into the angry boss.