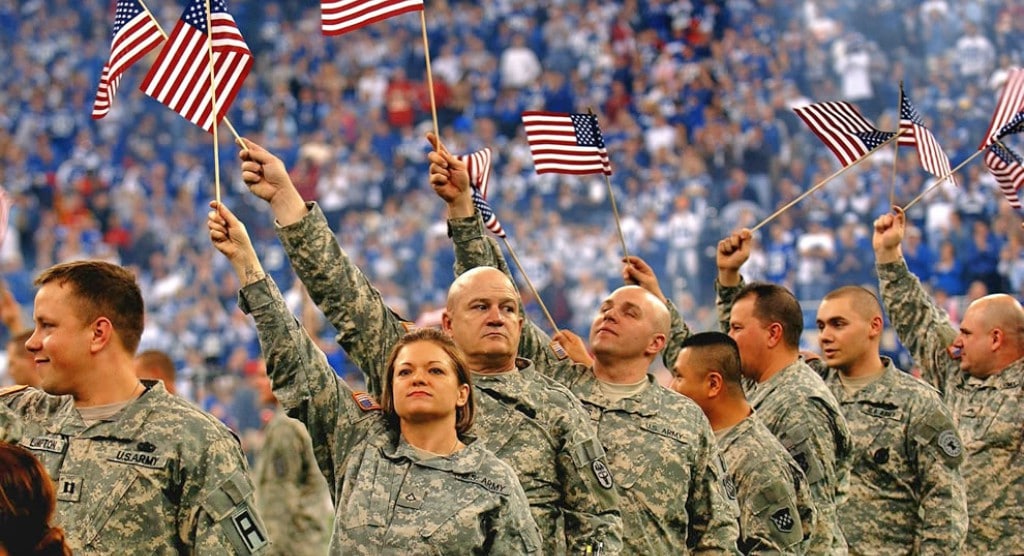 Trump is the Jobs President. The evidence is simply irrefutable.

My Right America has already reported on the hundreds of thousands of jobs that Trump brought back into the US with only a few tweets. Now that he’s president, he’s still bringing jobs back here, and saving taxpayers millions upon millions of dollars. He’s a dealmaker – he told us so, and he’s making good.

And the latest deal? Expanding the military, while reducing its cost, and creating jobs in the process. Triple whammy.

Western Journalism reports: “President Donald Trump announced Monday that taxpayers will save about $600 million after he and Lockheed Martin struck a deal to reduce the cost of the F-35 Joint Strike Fighter.

Last month, Trump denounced the fighter program as too costly, tweeting that ‘billions of dollars’ would be saved on military and other purchases once he took office Jan. 20.

The F-35 program and cost is out of control. Billions of dollars can and will be saved on military (and other) purchases after January 20th.

On Monday, the president outlined the results of those conversations.

The brilliance of this deal needs to be highlighted. Liberal media isn’t reporting it, and it’s easy for something this small to be swept under the rug. But think about it – now that the planes are cheaper, we can order more of them. More planes = a stronger military, and also more jobs to build those planes.

Seriously, when was the last time you saw Obama this brilliant? You know, besides…never.

Trump’s dealmaking skills, combined with his efforts to make America safe again, are a guaranteed recipe for turning the economy around soon. And while the media might try to ignore it, the change will be more than obvious in the coming months. People will be richer, kids will be healthier, crime will be down, and terrorists will be on the run.

The fact is, while everything else is important, real change starts with jobs. Real, solid jobs that provide economic security and a chance at retirement. Nothing like that was ever available under Obama. Americans are about to understand what real ‘hope and change’ looks like.

And watch the unemployment line, because it’s about to disappear.