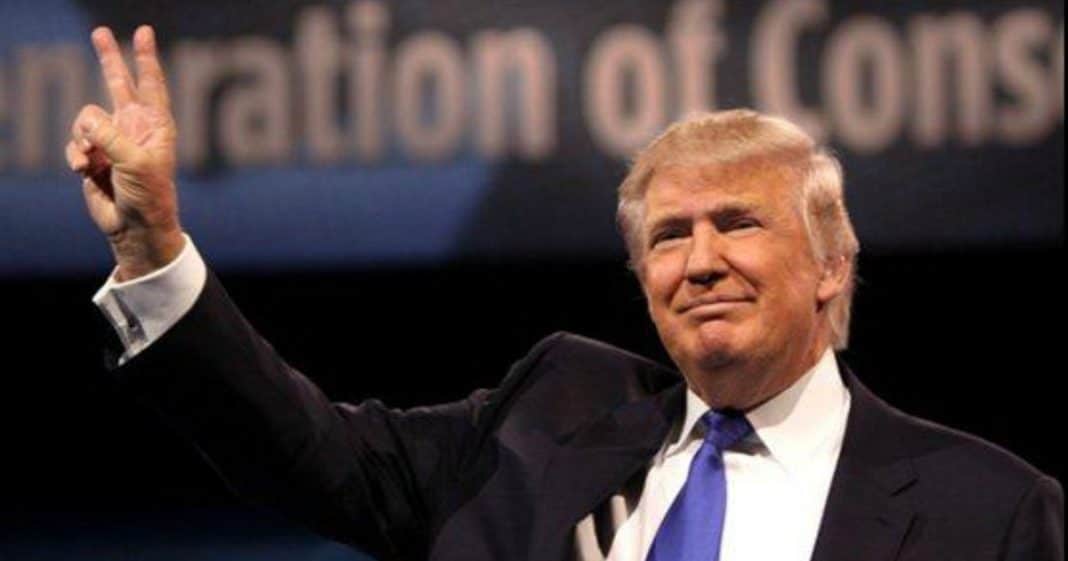 Donald Trump won over millions of Americans because of his big promises.

Many of those promises have been things we’ve been clamoring about for many years.

It looks like one of his biggest—and most talked about—promises is going to happen soon.

Donald Trump’s rise to popularity and eventual win in the primaries and the general election was largely due to his promise to build a massive, scary wall. Thus preventing bad hombres from swinging their sombreros across the border. Well today, America got even closer to erecting a giant border wall sure to inspire many wet pantalones…

A House spending bill stealthily advanced on Tuesday, funds all of Trump’s initial $1.6 billion wall plan for the U.S.-Mexican border. The funding comes as part of the fiscal 2018 Department of Homeland Security appropriations bill. 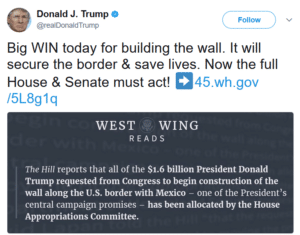 That one billion will go a long way in making good on Trump’s promise to end illegal immigration at the border.

But you might be asking yourself, “Didn’t he say he’d make Mexico pay for it?” Early in his presidency, Trump made it clear that he was going to build the wall as fast as possible. That meant securing funds through our government first, then implementing a plan to get Mexico to reimburse us. Otherwise, we’d might be waiting a year or two (or longer) for Mexico to fork over the cash.

Getting the wall built now means Mexico cannot delay or frustrate POTUS’ plans. It also means illegal immigration will get yet another death blow from the White House and DOJ.

In a very short time, rampant illegal immigration from the South will be a thing of the past.

Are you tired of winning yet?