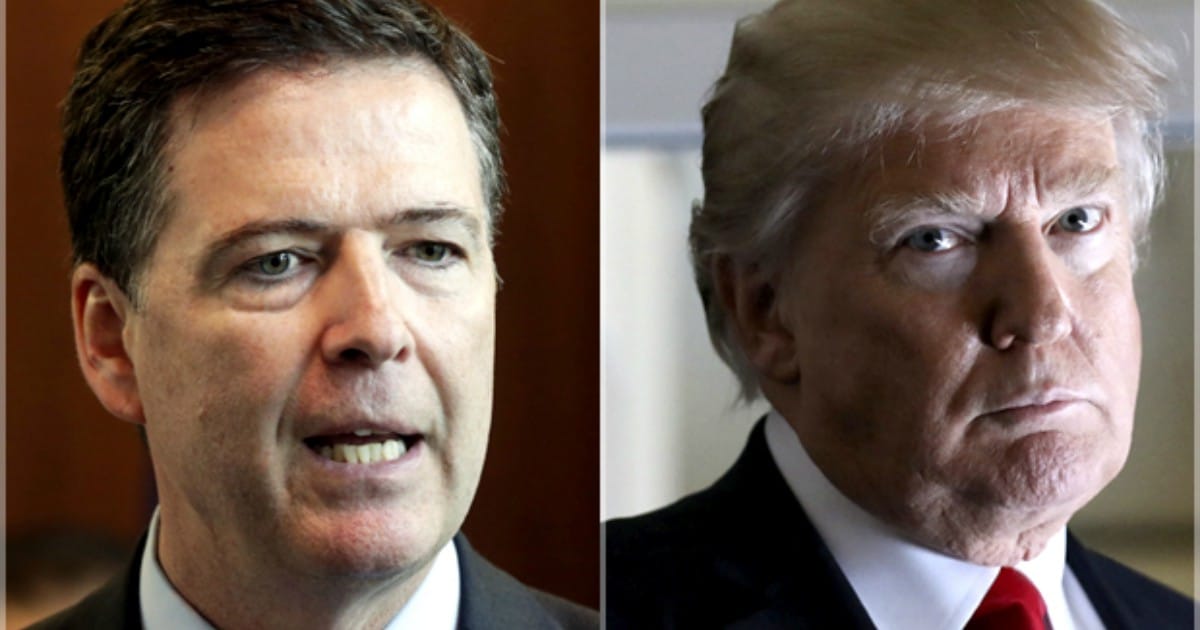 President Trump just sent a clear and simple message to the man whose words might end the Trump presidency as we know it. Liberals won’t be very happy.

This is, mind you, the same president that libs accused of being corrupt, a dictator, and lawless. But when he finally had a chance to be that lawless, corrupt president the Left thinks he is, he proved them all wrong. He could have simply used his executive privilege to prevent James Comey from testifying today, but he didn’t.

So what did Donald Trump tell Comey? Just this: good luck.

(Still waiting on that ‘giant lawless dictator’ to appear, libs.)

President Donald Trump had a crisp message for former FBI Director James Comey ahead of his testimony before the Senate Select Committee on Intelligence.

“I wish him good luck,” Trump told reporters at the White House, in response to questions about the former director’s testimony.

The White House announced Monday that the president would not prevent Comey’s appearance.

It never ceases to amaze me how detached liberals are from reality.

Fact is, Donald Trump is glad to have Comey testify. Trump has been eager for this whole Russian investigation nonsense to end, so that we can all get back to the business of fixing the country. The more we focus on this nonsense, the more we all suffer.

And while libs were all thinking that Comey’s testimony would prove Trump guilty, Trump himself knew that he’d be proven innocent, and maybe this madness would stop. Hence, his message: ‘good luck.’

It’s kind, it’s honest, and it looks to the important things – getting back to the business of governing a nation that’s deeply in debt, losing jobs to China, and threatened by international terror.

But my guess is that libs are only going to take one thing from this episode: ‘Trump is taunting Comey!’ Just watch – someone, somewhere, is going to say it.

And that fake debate is going to obscure the real facts, which are these:

Comey allies have signaled that the director will tell the panel the president urged him to curtail his investigation of Lt. Gen. Michael Flynn, the disgraced former National Security Advisor. New reports indicate that Comey will [not accuse] the president of obstructing justice.

In short, Trump came to the defense of a friend. That is the whole of Comey’s testimony.