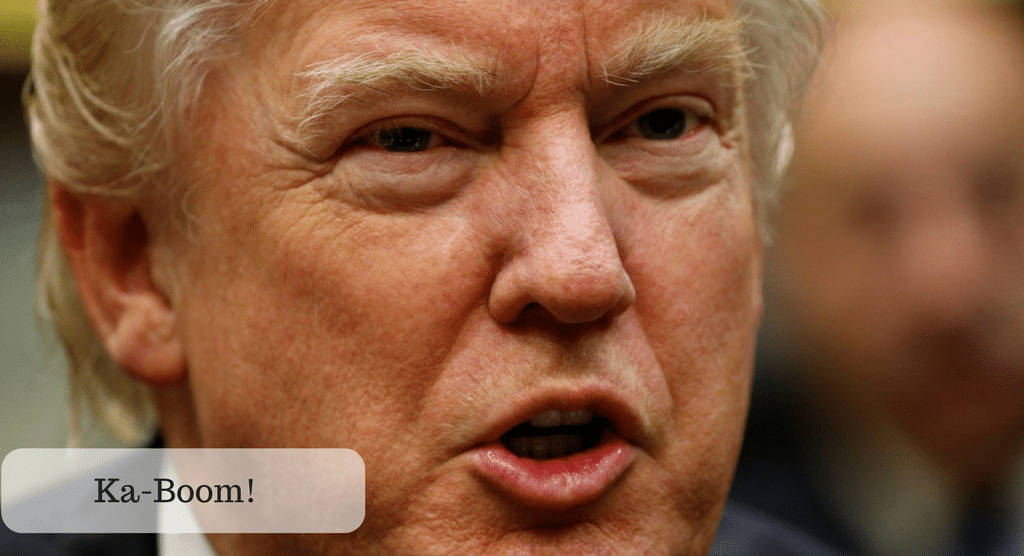 Arrogant, obstructionist Democrats are at it again.

We all remember the way that liberal Dems used every trick in the book to browbeat, pound, and push Republicans into submission during Obama’s terms.

Even conservatives who wanted to work together were ignored. That kind of partisan fighting can do serious damage to a country.

Well, they’re at it again. Luckily, this time they have to face off against Trump. Good luck winning this round, idiots.

Let’s get some background – President Trump has nominated a brilliant legal scholar to take the place of Antonin Scalia on the Supreme Court.

His name? Neil Gorsuch, a kind man, with a genius level intellect and an understanding of the law that surpasses every Democrat in Congress. By miles.

Yet Democrats, always ready to throw a hissy fit, have promised to block his confirmation with a filibuster. Gorsuch, see, believes that gun control isn’t good, and that abortion is murder.

And that’s just enough to make your average liberal faint into a safe space.

So, Democrats plan on blocking Gorsuch. And Trump, as always, has a plan to hit back.

CNBC reports: “President Donald Trump said Wednesday he will urge Senate Republicans to scrap filibuster rules, or take the ‘nuclear option,’ if Democrats in the increasingly tense chamber use them to block his nomination of Neil Gorsuch to the Supreme Court.

After Trump nominated [Gorsuch], Democrats signaled they could delay the process. If they filibuster, Republicans, who have 52 Senate seats, would need 60 votes to confirm him unless they change the rule on the maneuver.”

CNBC is literally making this fight as boring as possible. So let me explain: the Senate needs to vote ‘yes’ on Gorsuch if he’s going to be a judge.

The Senate vote is going to be close. If anti-Trump Dems decide to filibuster Gorsuch’s vote in the Senate, Gorsuch might not be confirmed.

And Trump’s solution is simple: scrap the debate, and just vote. Now, all you need are 51 votes, and you have 52 for sure. Majority wins.

This ‘nuclear option’ has been around a while, but it was only used in cases of extreme government incompetence. Trump has to use it on the 14th day of his presidency. That’s astounding, and Democrats should be ashamed.

For Trump, though, this shows real leadership – get things done using the rules, but don’t accept any nonsense or bickering. And especially don’t accept any insubordination. If you can’t do your job and keep your mouth shut, then get out.