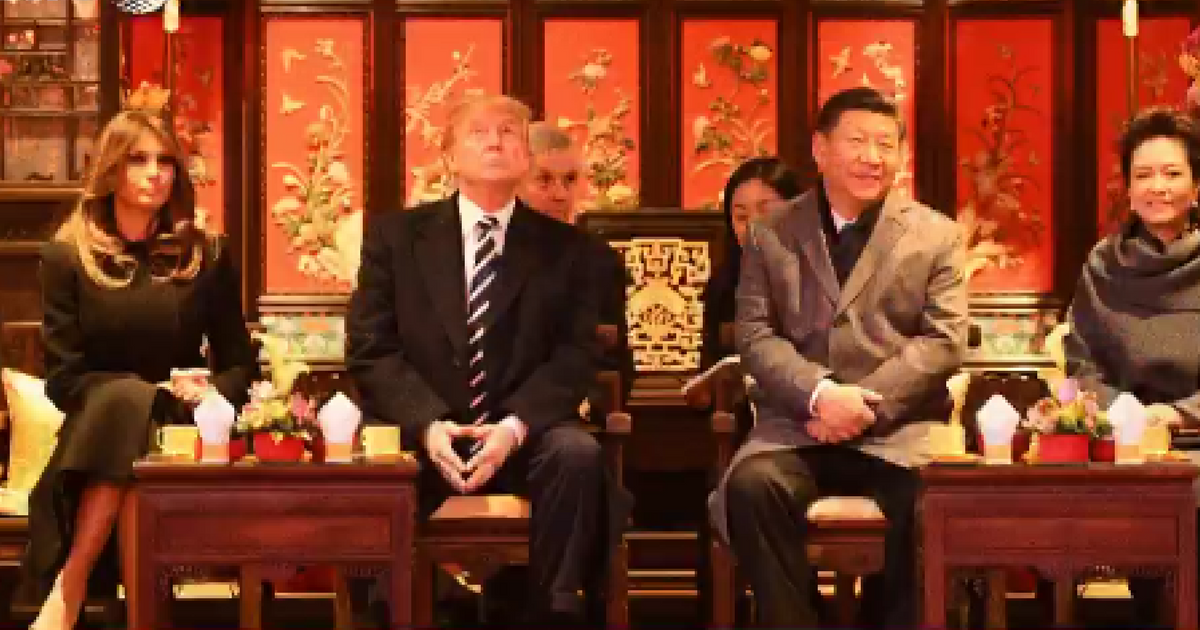 It’s easy to figure out if your opponent respects you. Just wait to see if he pretends to like you.

If he does, you have his respect. He may not actually like you, but he knows he has to keep up the ruse. After all, you have actual power he needs, and he can’t force anything out of you.

If he snubs you, on the other hand, it’s clear he doesn’t need you. You have nothing to offer him, and he doesn’t have to pretend.

That reason, by itself, is enough to smack down liberal Obama apologists who claim that Obama didn’t project American weakness during his time in office. He clearly did. No other president has been ignored and mocked when visiting China. They thought Obama was weak. We should, too.

But Trump? Not weak.

After all, the President is eating dinner in the Forbidden City – the ancient home of the Chinese emperors.

And that’s an honor that’s never been bestowed on a US president.

President Donald Trump and First Lady Melania Trump are reportedly being treated like royalty on their first official visit to China.

Trump and his wife were granted a rare dinner at the Forbidden City, an honor that has not been bestowed on a foreign leader since the founding of the People’s Republic of China 68 years ago.

On his "farewell tour" in Sept 2016, Obama- who threw them not 1 but 2 State Dinners -was "snubbed" by the Chinese. A year later, Trump, who's done nothing but BASH them for TWENTY YEARS, honored w/Forbidden City dinner. 1st POTUS EVER to have that honor.😂 pic.twitter.com/tV7eZIxZEE

It’s hard to overstate just how significant this is. But a good start is the name itself – for most of its existence, the Forbidden City was, well…forbidden. The emperor was a god on earth. Few could approach his dwelling.

Naturally, the Chinese don’t believe that anymore, but it’s hard not to still have reverence and respect for certain spots. The English don’t believe in multiple gods anymore, but they still respect Stonehenge. And they don’t just shut the place down for a presidential visit.

Which reminds me – it’s not just that Trump was granted access to the Forbidden City. China shut down the entire site just for him.

China launches charm offensive during Trump visit with US President greeted by flag-waving children and a lavish opera at the Forbidden City https://t.co/CgdDydfZLH pic.twitter.com/dTikOFSTSc

[The] world-famous site was shut down for this special visit, [and] the leaders of two of the world’s most powerful countries enjoyed a Peking Opera performance and a dinner together.

Chinese leadership doesn’t have to like Trump. But if they need him, they’ll do everything they can to honor him. Right now, their efforts are simply unprecedented – they need him.

It’s good to see American power back in place.