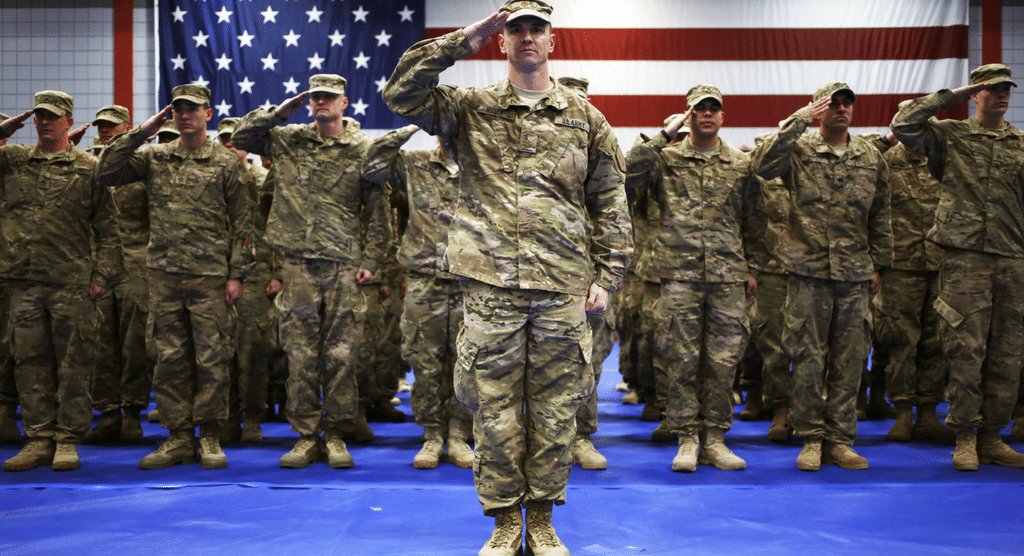 Forget every other story trending today. This one is the only one that matters. And it’s short: President Trump cares about our men and women in uniform. Obama did not.

And the military knew it. It’s just that simple.

Yesterday, we got proof – solid, irrefutable proof that Trump is behind our military 100 percent.

The fact is, with all that’s going on right now, from quasi-terrorist protestors to angry, overfed Democrats, it’s a wonder the President can get anything done at all.

Yet he is. So it’s really a surprise when he just up and leaves – now is not the time to be walking away from the White House, even for a few hours.

So, what could possibly be so important? Well, put bluntly – a fallen patriot.

Independent Journal Review reports: “After spending much of his first days in the Oval Office at a breakneck pace of meetings, briefings, and executive orders, many were surprised Wednesday afternoon when President Trump abruptly left the Oval Office with his daughter Ivanka to board a waiting Marine One helicopter.”

A White House press release later explained the absence: “POTUS is arriving shortly or has already arrived in Marine One at Dover Air Force Base for arrival of remains of a US commando killed early Sunday in Yemen during a raid on Al Qaeda in the Arabian Peninsula.

The Pentagon has identified the deceased as Chief Special Warfare Operator William ‘Ryan’ Owens, 36, of Peoria, Ill. Multiple news outlets have said Owens was a member of SEAL Team 6. The death occurred during the first counter-terrorism operation of the Trump presidency.

Sen. Chris Coons (D) of Delaware is accompanying POTUS on the visit to Dover AFB.”

It’s worthwhile to take a step back and look at what just happened here.

First of all, the name Ryan Owens should be seared into your memory. He’s the first to fall in the coming war Trump will wage on America’s enemies. He deserves thanks.

Second, any ideas liberals have about Trump not wanting to bring the nation together? Well, look at the last line of the press release, idiots – the president was traveling with a Democratic senator.

The press release didn’t have to mention that, but Trump went out of his way to point it out.

Let’s make it clear – if you’re willing to stand for what’s important, you and the president will do great work together. (And bravo to Coons, for knowing what it means to serve.)

Third, this is the first soldier that’s fallen. Not the 100th, or the 1,000th. The first. And Trump is already there, giving thanks.

We should all be so grateful for such a president.