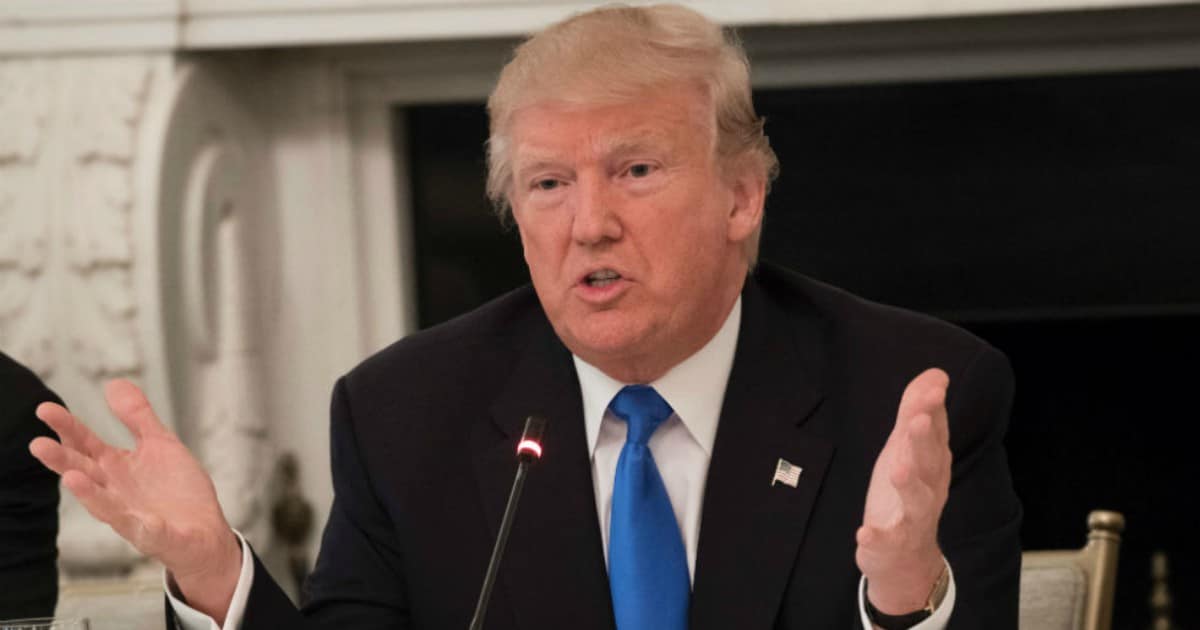 A good leader has to be patient. And also know when to stop being patient.

And for President Trump, that time is right now.

Let’s do the math – Republicans own the House, the Senate, and the Presidency. They’ll never have more power than they do right now. It’s an exciting opportunity to do great things for the country, and to restore the damage that Obama has done.

Trump has been patient long enough, and he’s finally lost it. And he just gave an order to all Senate Republicans:

‘Cancel your recess.’ It’s time to get to work.

President Trump told GOP senators at the White House on Wednesday that they should cancel their August recess and not leave town until acting to repeal ObamaCare.

“We shouldn’t leave town until this is complete,” he said during a lunch at the White House designed to salvage the healthcare measure.

Trump, like any good businessman, knows the value of putting in overtime. But Congress is used to long vacations, with full pay. They’re not going to like this one bit.

In fact, McConnell knows this already, and had started using the same strategy to motivate his lazy rank-and-file.

Trump’s demands of the Senate aren’t complicated, or even controversial. After all, ‘repeal and replace’ was what Republicans had campaigned on for months, and even years, during Obama’s disaster of two terms.

In fact, most of the Senators who now refuse to vote had already voted in favor of Repeal and Replace.

They just did it when Obama would veto it. It’s a nice show vote, and it didn’t cost them anything.

Now, however, when there’s a chance of success, several of them are backing out.

(If you want to know who your true friends are, look at who supports you in a crisis. It’s obvious Trump only has a handful of real friends.)

Trump has only just started to get tough with the Senate. If canceling their vacation doesn’t work, he’s likely got far more tricks up his sleeve.

And his patience is exhausted.

‘Nice Trump’ is gone. I can’t wait for ‘Trump the Disciplinarian.’