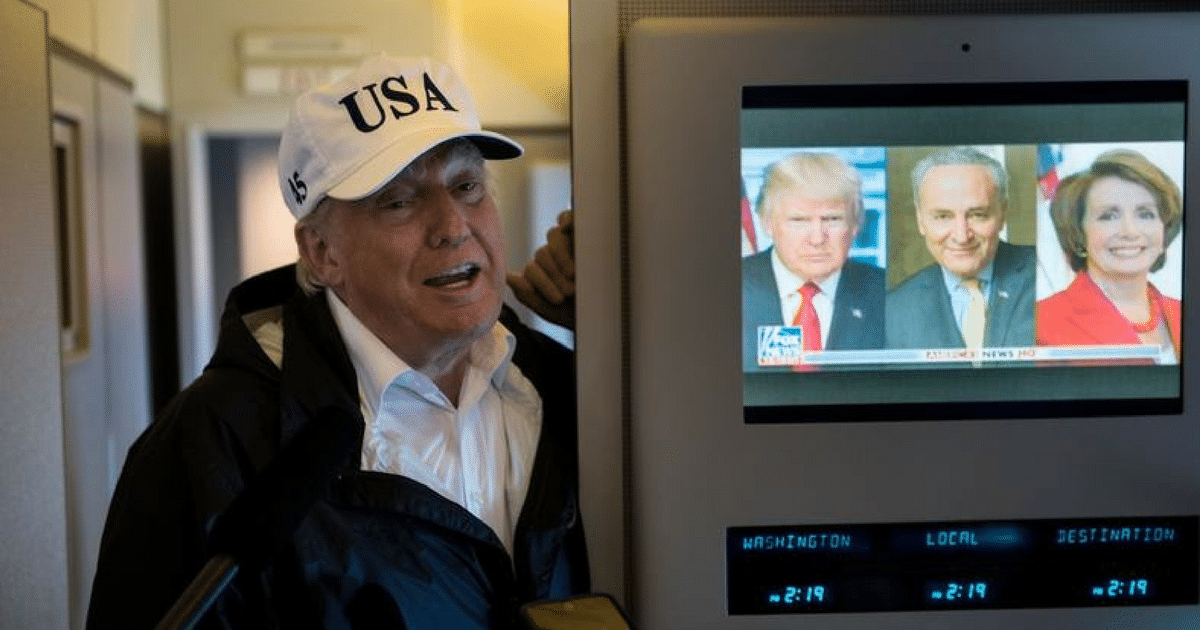 Fact is, the standard way for Libs to advance their agenda is to threaten to shut down the government. Then some Republicans cave, and eventually a ‘compromise’ is reached.

You can get a lot done by being an obstructionist. It’s a lesson that, strangely enough, Donald Trump himself has learned.

Because he just threatened the same tactic if he doesn’t get funds for The Wall.

President Donald Trump took questions from reporters late Thursday morning. As it was in the gaggle before his flight, the specifics of his latest immigration reform plans were a key topic. Asked if he was saying there would be no relief for DACA recipients unless he got the wall, Trump responded that “they cannot obstruct the wall. The wall, to me, is vital. If I don’t get the wall, then we will become the obstructionists.”

He then clarified the wall has to be in a concrete budget plan, or else “we’re not doing anything.”

There’s a hidden message here for Republicans, believe it or not.

Because, on the face of it, the threat is clearly for Democrats – ‘approve funds for The Wall, or we Republicans will start dragging our feet at every turn. And you’ll get literally nothing done. Lord knows you’ve been doing that every day for the past nine months.’

.@IngrahamAngle On #DACA Deal with Democrats "The WALL, the RAISE Act and E-Verify have to be part of the funding"! pic.twitter.com/UgBVOJDKYy

But Republicans? Well, consider this: many of the #NeverTrumpers and the Pretend Conservatives were happy to have Trump elected, for one reason – they saw him as a blank check. Here was a guy who would rubber-stamp anything the Republicans wanted.

It was the same prejudice that the Left had for Trump – ‘well, clearly he doesn’t know what he’s doing, so if we just tell him what to do, then he’ll do it. And we can pass anything we like.’

Fact is, there were precious few, if any, people who were actually interested in Trump’s agenda. Besides, of course, the American people. Everyone just assumed he’d be the pushover.

But it should be clear now that Trump is no pushover. And if Democrats think nothing will get done with Trump dragging his feet, just wait until Republicans get that in their heads. It’ll be Nothing, for years – no Tax Reform. No Health Care Reform. Nothing.

TRUMP: Schumer wants DACA & is the strongest leverage U will ever have to get WALL! Demand the WALL 4 DACA or they will NEVER AGREE. Walk!🇺🇸 pic.twitter.com/z3OrJfbHPE

Not unless you build the wall.