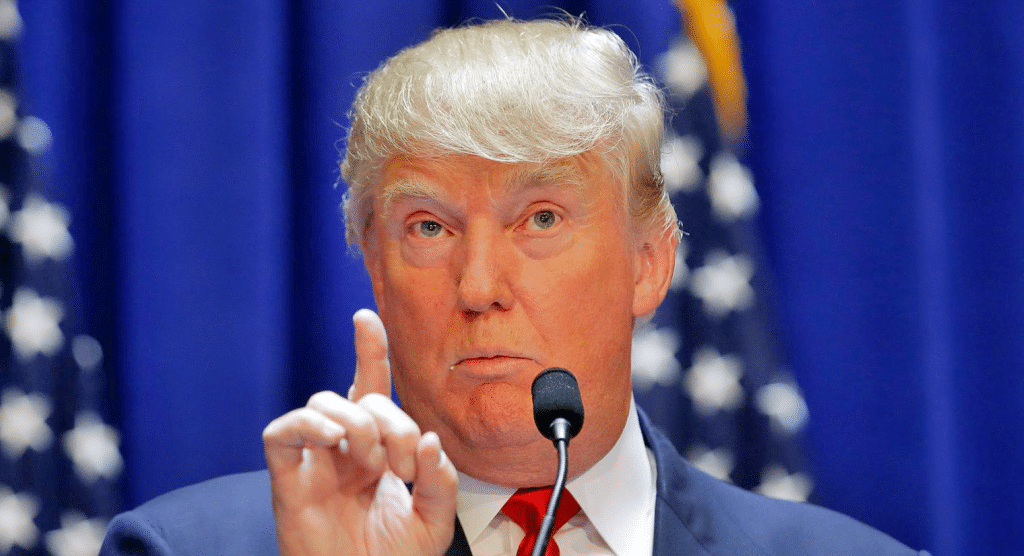 Trump is a fighter, and a winner. We’ve seen the proof, and it’s the many beaten political foes on the campaign trail. And the largest battle wasn’t just with Hillary Clinton – it was with the entire political machine of the Democratic Party. That’s quite a powerful enemy. Vince Foster knew this better than anyone.

Still, up until now, all of Trump’s enemies have been fellow Americans and politicians. And the general thought in Washington was that his first major foreign foe would be ISIS, as he finally let America stand up for itself and battle terrorism.

No one really thought it would be Mexico.

Yesterday the Mexican president called off a meeting with President Trump. Mexico is still insisting it won’t pay for the border wall, and Trump is still holding his ground. The meeting is the first round in a fight that Trump is destined to win. But it could go on for quite a while.

From the Washington Post: Mexican President “Peña Nieto had been scheduled to meet with Trump on Tuesday to discuss immigration, trade and drug-war cooperation. But the Mexican leader came under intense political pressure at home after Trump signed an executive order on Wednesday launching the border-wall plan. The Mexican president called off the visit after Trump tweeted Thursday morning that it would be ‘better to cancel the upcoming meeting’ if Mexico was unwilling to pay for the barrier.” Now, a few things are worth pointing out – part of the meeting between Trump and the Mexican president was to discuss the drug war. If Mexico isn’t going to meet with Trump, they’re no longer interested in fighting drug dealers and cartels. That’s just criminal. I’m willing to bet Trump’s quote about Mexicans bringing rapists and drug dealers over the border doesn’t sound so bad right now.

Don’t panic, though – Trump still has a few ways to hit Mexico back, and hard. Press Secretary Sean Spicer has already explained how a tax on imports would pay for the wall several times over. And the more illegals Trump sends home, the harder it is for those illegals to send money back to Mexico. Which, I should point out, keeps that money in the US.

Mexico is so worried about this that they’re considering leaving NAFTA, the trade agreement that has allowed their economy to grow and prosper. That’s a last-resort move, which is good – if Mexico wants to leave the agreement, they’re clearly desperate.

Trump is clearly the winner of this first round. But it’s a fight that will go on for a long time.