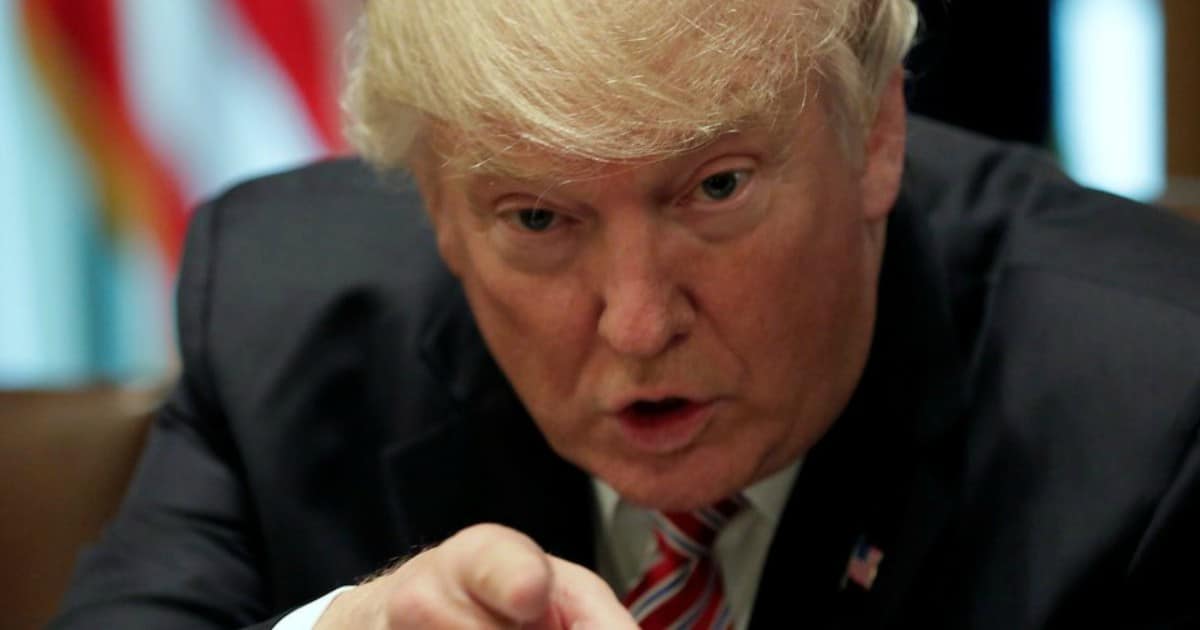 One of Donald Trump’s biggest promises to America was to repeal and replace Obamacare.

That terrible law has caused millions of Americans to suffer. But still, Congressional republicans cannot agree on passing a replacement bill.

So, the President has one mandate for them: get rid of Obamacare first.

If Republican Senators are unable to pass what they are working on now, they should immediately REPEAL, and then REPLACE at a later date!

“If Republican Senators are unable to pass what they are working on now, they should immediately REPEAL, and then REPLACE at a later date!” Trump tweeted early Friday.

The replacement plan the Senate is floundering. After Senate Majority Leader Mitch McConnell announced he would postpone the vote on the bill that had been scheduled for Friday, the number of Republican senators publicly opposed to the measure multiplied.

The Senate is continuing work on the bill, but the internal opposition makes its chances of passing look grim…

While it’s billed as a repeal and replacement of Obamacare, the House and Senate plans are more of a reform of the current system than a true “repeal” of Obama’s signature law.

Some Republicans initially pushed for an immediate repeal of Obamacare from the beginning — so as to make good on campaign pledges — and a replacement plan later.

President Trump has the best interests for the American people. GOP lawmakers? Who knows. Many of them are a part of that establishment Trump promises to destroy. They are far less likely to pass a law that undermines their strangle hold over our society.

They have special interests and lobbyists to pander to. They care less about the well-being of the American people.

But if they follow Trump’s advice, we can be free of the terrible burden of Obamacare. That law increased our taxes and punishes people with a mandate. Yet many counties in the country have zero choices, because insurers dropped out of the program.

Now is the time to kill that toxic program and let the markets recover. In time, they can craft a better bill that protects Americans and helps lower the cost of health insurance.

If they don’t, millions will be left in the lurch.