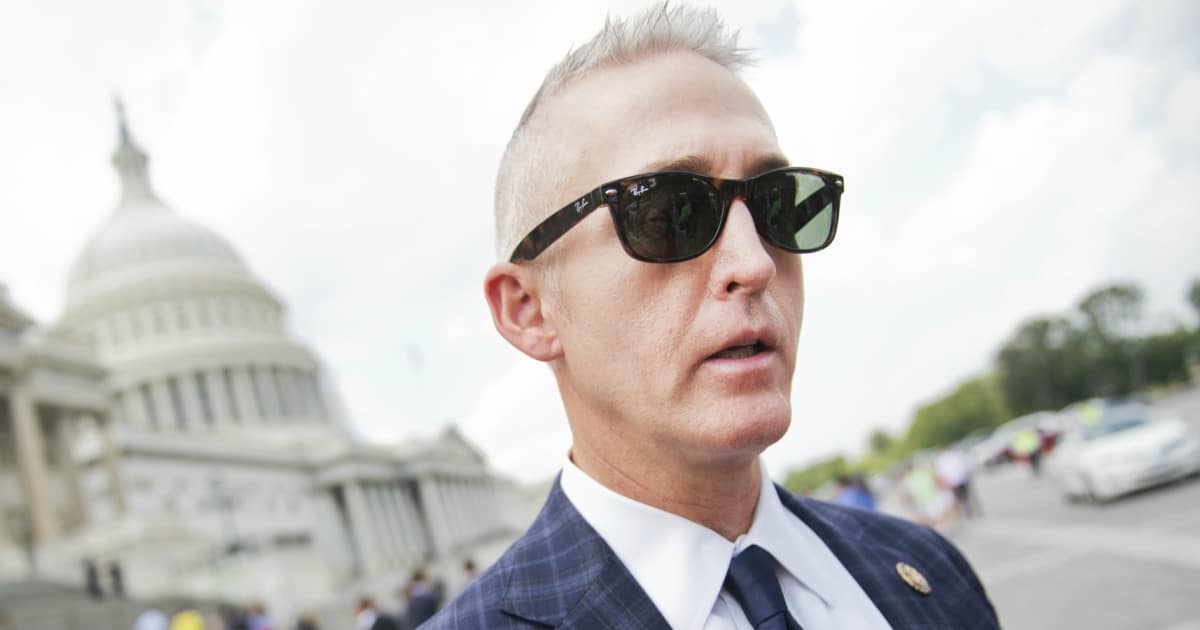 Anyone that’s been paying attention knows that Trey Gowdy is the man. This South Carolinian has popped up time again as a strong conservative that doesn’t mess around.

You might remember his leadership in the House Select Committee on Benghazi. He investigated the terrible attack that cost the lives of four Americans. What he uncovered shed light on how our government abandoned its own in Libya.

In other words, Trey Gowdy doesn’t play games. He gets to the bottom of things effectively. Which is good news, because he’s getting a big promotion.

Rep. Trey Gowdy (R-S.C.) is expected to become the next chairman of the House Oversight Committee, replacing Rep. Jason Chaffetz (R-Utah) in the high-profile post when he leaves Congress late next month, according to multiple senior House Republicans…

If he does clinch the chairmanship, Gowdy would oversee the sensitive investigation into whether President Donald Trump pressured the FBI to drop a federal investigation of his former national security adviser, Michael Flynn…

“Trey is more than qualified to be the next chairman of Oversight,” said Steering Committee member Tom Graves (R-Ga.), who intends to nominate Gowdy for the post. “He has a lot of support from our conference, and given the responsibilities that come with the position, and his past pedigree [as a prosecutor], he’s perfect for the job.”

With all the drama being stirred up by liberals, it’s important that someone unbiased and honest lead this committee.

The democrats are out for blood. They have overblown the “Russian-hacking” investigation. Now they are trying to make it look like Trump pressured Comey in his investigation over Flynn. In both cases nothing wrong was done, but that won’t stop democrats from causing trouble.

But a leader like Gowdy won’t bend to political pressure. Nor will he use an important position like this to propel his name. Instead he will take the job seriously and get to the bottom of any investigation that comes his way.

Perhaps this will put an end to the empty and pointless witch hunts against our president.