The battle over illegal immigration will not end soon. While conservatives and Trump-supporters demand action, the left and insider republicans work to undermine them.

Established politicians want to keep things the way they are. They want to encourage illegals, while ignoring the concerns of Americans.

Now we know that one of Trump’s top aids pushing amnesty has never been a supporter. In fact, he was a NeverTrumper.

President Trump’s Director of Legislative Affairs Marc Short insinuated during a Christian Scientist Monitor breakfast in Washington, DC, that the administration would not demand any pro-American immigration reforms in exchange for amnesty for nearly 800,000 illegal aliens given temporary protected status…

Short hinted that the administration will accept a clean amnesty bill from Congress that would not only legalize DACA recipients, but also create a surge at the U.S.-Mexico border and a surge in legal immigration to the U.S…

Rather than the administration’s demanding cuts to legal immigration and mandatory E-Verify to end the practice of businesses hiring illegal aliens, Short brought up tax cuts, saying, “It is essential to us — right now.” 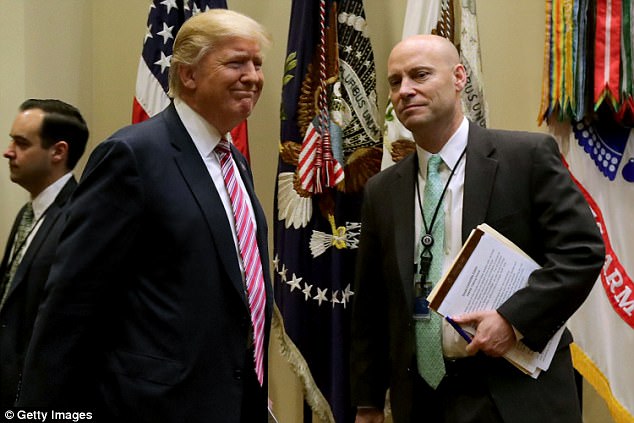 Despite now being a part of the Trump administration, Short has a long history opposing the president and his agenda, as well as working alongside the Koch brothers, two pro-mass immigration billionaires who are major donors to the Republican establishment, as the director of the group Freedom Partners.

During the Republican Primary, Short was working with the Koch brothers, who support illegal immigration. He led an effort to take down Trump before he even got the nomination.

Now you have to wonder why this traitor and enemy of the people is working inside the Trump administration. Does the president really think Short is right for the job? Does he expect Short not to turn against his America First stance?

Are there so few good people in the GOP that Trump has no choice but to work with fools like Short?

These are all questions we must ask ourselves, in light of this new controversy.

The fate of this nation hangs in how illegal immigration is handled. If Trump’s America First policy is abandoned—including the wall and eliminating DACA—then this nation will fall. Democrats will import voters from Mexico in the hopes of turning the U.S. into a socialist regime.

If we don’t stop it now, we won’t have an America in a generation.

Trump must get rid of Short and everyone else who puts politics ahead of the country.