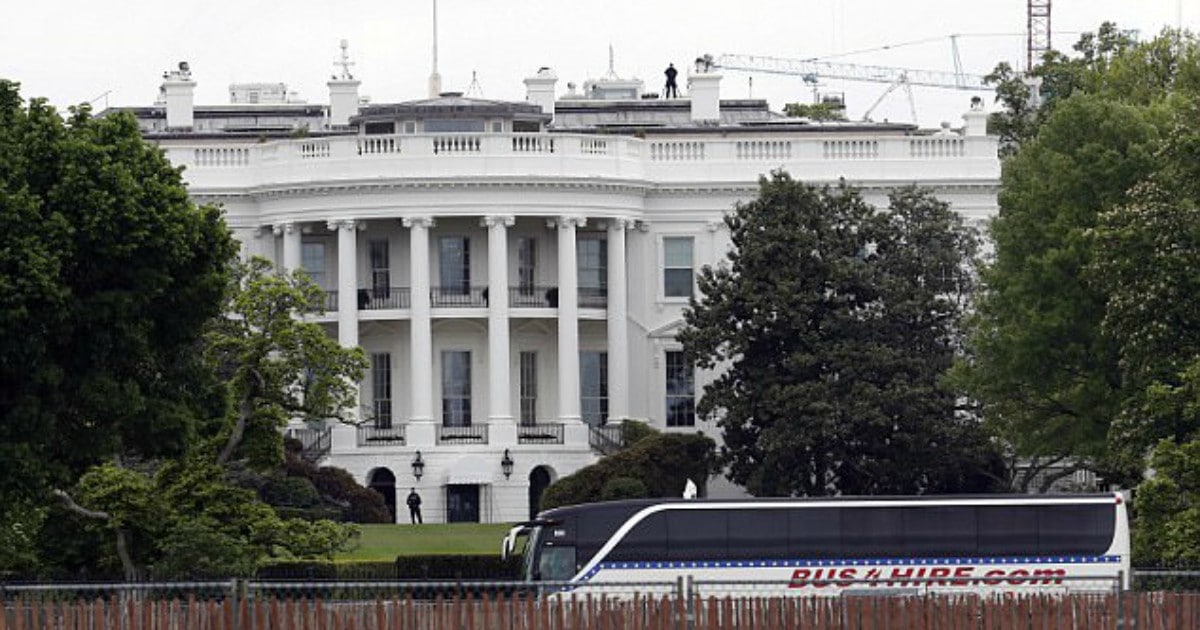 Despite what we hear on TV, the President and Congress work closely together.

The three branches of our government only really succeed when they all cooperate to get things done. That’s been a rarity over the last eight years, as President Obama forced his agenda despite concerns from conservative lawmakers.

Now that President Trump is in office, there are signs that his administration wants to work with Congress — even the democrats — to achieve the best results for the American people.

That means meeting with top leaders to discuss important matters. Even when they disagree, the branches of the federal government must come to a certain understanding before major action can be taken.

Recently we heard about a top secret meeting where leaders from the Senate were ushered to the White House and given privileged information on a critical issue.

Was it regarding Obamacare? Was it concerning the border wall? No, but a matter far more pressing to the survival of our way of life. 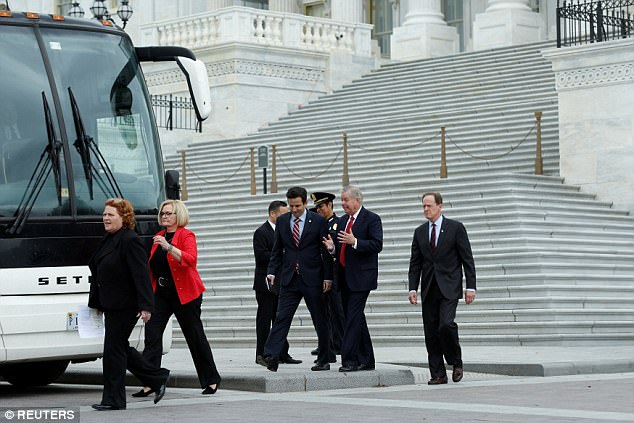 Members of the Senate came to the White House Wednesday in vans and buses to get a secret briefing on North Korea amid escalating tensions.

Senate Majority Leader Mitch McConnell sought the briefing, and Trump then offered to host the senators at the White House, in a move that put the location of the high-stakes discussion on his own turf.

The administration described a series of economic, diplomatic, and other pressure that could be applied – but also continues to keep military options on the table.

The anonymous Republican senator told the Post ‘the basic gist of it at the beginning was that we’re going to get more aggressive; we’ve waited and they’ve continued to be bad actors.

‘Nothing is risk-free. This situation is not risk-free,’ a Trump administration official said, the Washington Post reported.

‘What the president has done is he’s made a decision for us to pursue a certain course, and that course obviously has a number of options associated with it depending on how the situation develops in the future,’ a White House official said. 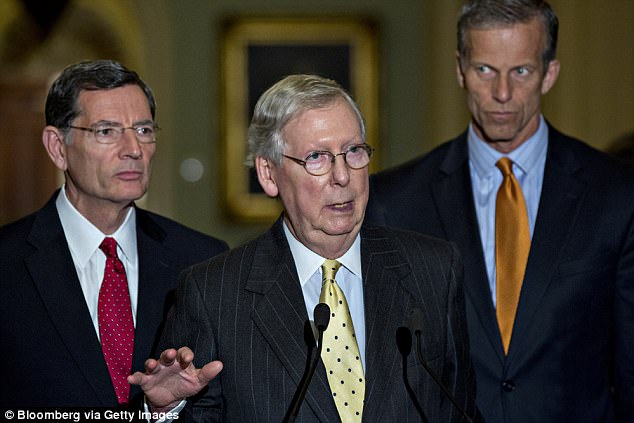 While the world struggles with the threat of radical, Islamic terrorism and the Middle East rages with conflict, we cannot let another actor create threats around the world.

But that’s just what Kim Jong-Un, dictator of North Korea, is doing. Recently his rogue nation has been stirring up trouble with irresponsible rhetoric, missile testing, and open threats.

North Korea has long been an enemy to South Korea, Japan, and the United States. Their continued aggression in testing and developing weapons of mass destruction has posed a threat to every free nation in the Pacific.

As an ally to many of these countries, the United States is obligated to get involved.

For top members of the Senate to have a secret meeting with the White House to discuss their options shows the seriousness of the situation. We cannot allow Kim Jong-Un to continue his intentions of developing greater nukes and threatening the world.

While warfare is always an option, there are many other more peaceful solutions that can be employed. Sanctions and diplomatic movements can prevent North Korea from lashing out in violence and ensure the region stays peaceful.

But if things get worse, stronger measures might be needed, like the removal of Kim Jong-Un from power. That would require a serious effort on the part of the U.S. and our allies. And it might lead to a military campaign.

All we know is, the more North Korea becomes aggressive, the more actions from the U.S. become a certainty.