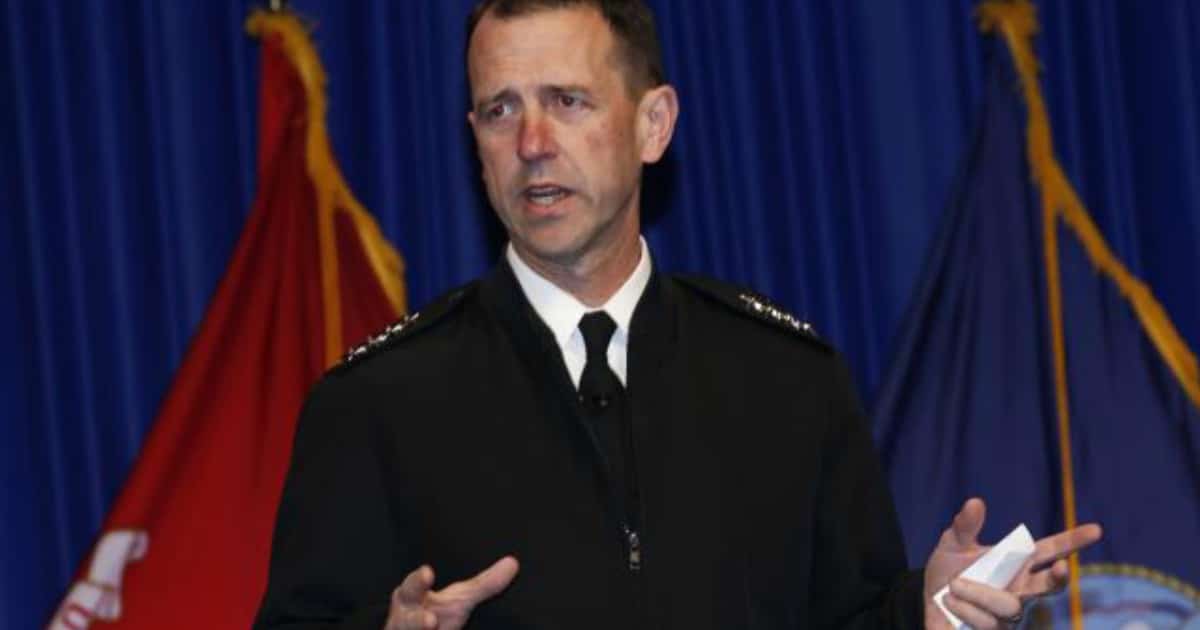 It’s a bit worrisome when the US Navy stops operations around the world. But the Bad Guy here isn’t China, or Iran, or Russia. It’s much worse.

It’s the American sailors themselves. Because they keep colliding with other vessels, and we can’t figure out why. The chief of naval operations has ordered a “pause” on global fleet operations in the wake of a string of destructive collisions.

The USS John S. McCain, an Arleigh Burke-class guided-missile destroyer, was involved in a collision with the Alnic MC, an oil tanker more than three times the size of the American warship.

Five sailors were injured with ten others reported missing after the huge merchant vessel punched a hole in the side of the destroyer early Monday morning.

Remains of the missing were found this morning.

If you’re wondering, hitting a ship three times the size of your own ship is a good way to get American sailors killed. And it has, because it’s not the first time.

Monday’s collision follows an accident in June in which the USS Fitzgerald, another 7th Fleet Arleigh Burke-class guided-missile destroyer, collided with the ACX Crystal, a container vessel several times larger than the American ship.

Seven sailors were killed in the incident, which was ultimately attributed to “poor seamanship and flaws in keeping watch.”

Secretary Mattis: My thoughts &prayers are w/sailors and the families of USS John McCain. https://t.co/oc1xmFkOqT
pic.twitter.com/hJqdDJQ001

Two crashes, both because sailors weren’t watching what was going on? How hard can it be to spot a vessel three to five times larger than your own?

It’s a question that’s also on the mind of the very head of Naval Operations.

“This trend demands more forceful action,” Admiral John Richardson said. “I have directed an operational pause be taken in all of our fleets around the world.”

CNO Statement on Recent Incidents in Pacific:"Our primary concern at this point is the safety of the crew and ship – that is the focus of our efforts at the scene. We will continue to provide updates as events unfold and we learn more. I am also directing a comprehensive review into all potential factors contributing to these incidents."

In our sailors’ defense, countries like Iran and China have been doing their best to almost hit American ships and planes. But every time, American preparedness avoids a collision.

It’s worth finding out what in the world is going on.