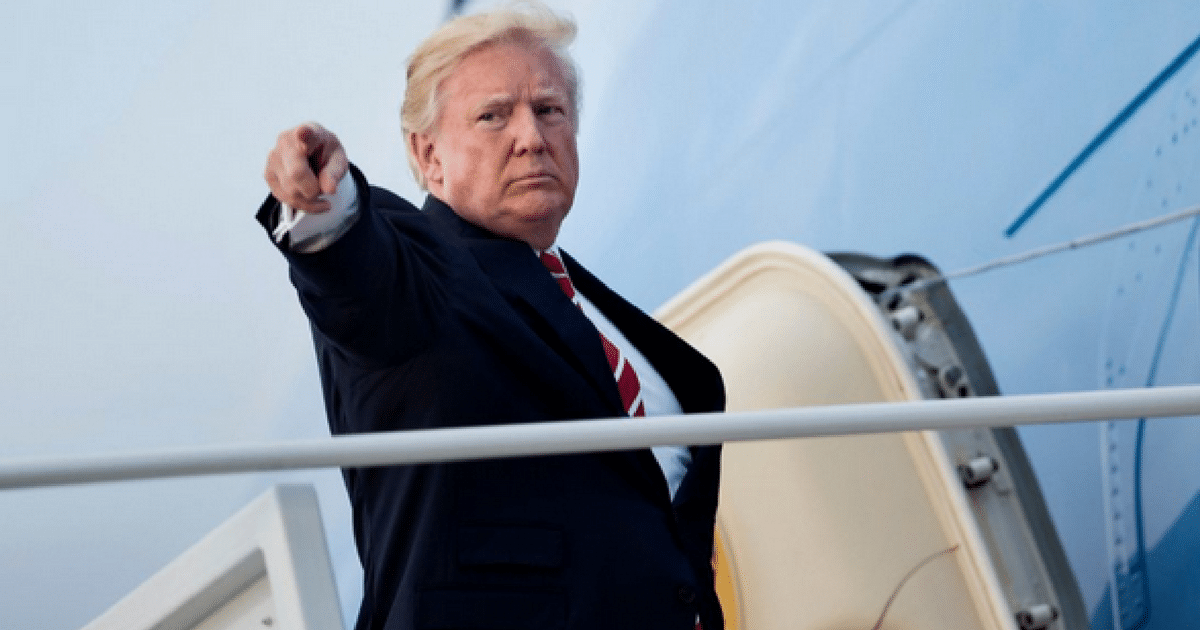 True to form, the Dems have done it again.

But this time, the Trump ideas that they’re rejecting…are mostly their own.

That’s right – libs in DC are rejecting their own ideas, just because Trump’s the one that suggested them.

The White House sent a list of immigration priorities to Congressional leaders Sunday that infuriated Democrats, but will “put the needs of American workers first” by expediting deportations, funding a border wall and implementing a merit-based immigration system.

President Trump announced the rollback in September of the Deferred Action for Childhood Arrivals amnesty program that protects roughly 800,000 illegal immigrants. A senior White House official did not make it clear Sunday what a deal for DACA beneficiaries would look like.

“There is a desire to codify the program,” one official said.

The priorities sent Democrats in DC in an absolute rage. Because, of course it did.

But there’s absolutely nothing in Trump’s proposals that’s even remotely controversial.

Consider the demands: a ‘merit-based immigration system’ is what we’re supposed to have now. It’s what Dreamers are asking for, for themselves. Democrats should be totally on board with this.

If they oppose these reform efforts, they’ve been lying to the American people for decades about what they really want.

Maybe what they want is to just oppose whatever Trump wants. That, honestly, is the only scenario that makes any sense.

The only truly controversial part is funding for the Border Wall. But even then, I’m not convinced that Dems aren’t just opposing Trump for the fun of it. Because absolutely no one (except maybe Pelosi) says we don’t need a wall at all. The libs just get angry when it’s Trump’s wall.

And speaking of Pelosi, she – of course – had something to say.

“The administration can’t be serious about compromise or helping the Dreamers if they begin with a list that is anathema to the Dreamers, to the immigrant community and to the vast majority of Americans.”

Again – and I can’t state this enough – she can’t be serious.

Dreamers want merit-based immigration. That way, their citizenship is secured through military service, or education, or simple work.

I think it’s obvious that the Dems just want to buckle the President. But they’re not going to have any power base left when the immigrants start voting Trump.