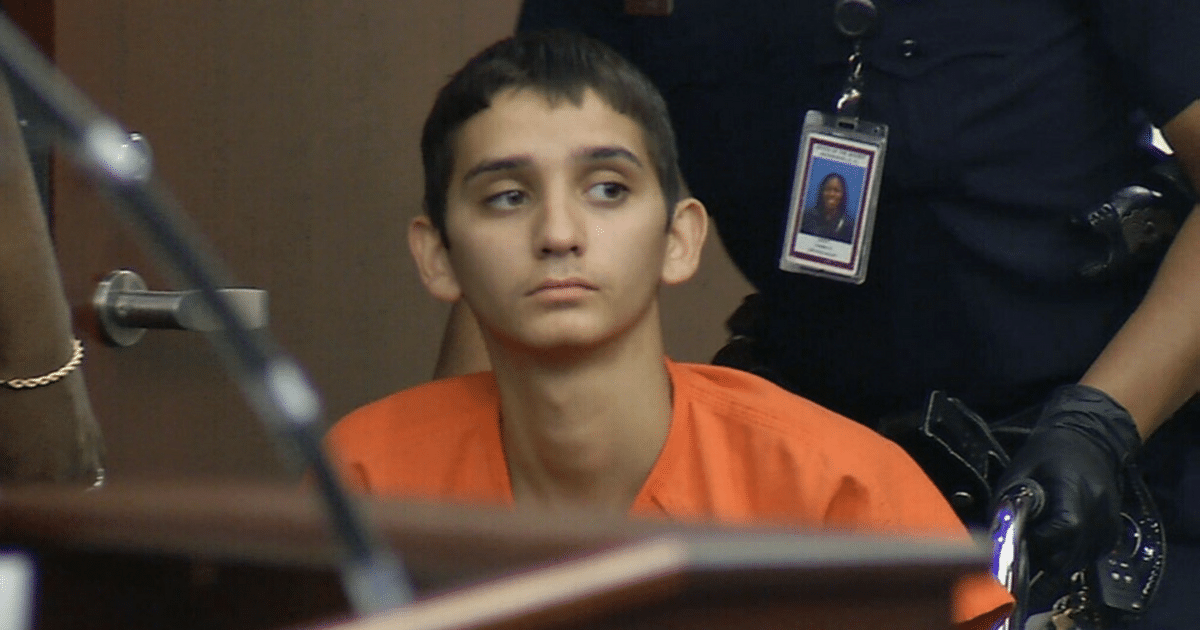 It never, ever, ever pays to assault a police officer. Just ask the guys getting assaulted in prison.

Mind you, it doesn’t pay to assault anyone, unless we’re talking self-defense. But attacking a cop is an especially bad idea. Morally speaking, cops and soldiers deserve more respect than anyone. They’re the ones putting their lives on the line so that you and I can enjoy our basic freedoms.

Practically speaking, cops are law enforcement, and usually have friends in law enforcement. Which usually means that the judge in your future case will know, and love, the cop you decided to attack. So don’t.

After all, if you’re sent to prison, you’ll quickly learn one thing: even prisoners know to respect cops. Even if they don’t like cops.

And if you manage to shoot a cop in the face during a traffic stop?

Well, let’s just say that the KY Jelly that he brings to court with him is a bad tiding of prison to come.

Kevin Rojas will spend the rest of his life in prison for the attempted murder of a JSO detective @ActionNewsJax at 5:00 pic.twitter.com/grkm6leitw

Kevin Rojas was pulled over by an off-duty cop, who had his son in the car, because Rojas was driving erratically. After Rojas pulled over, he began firing a handgun at the officer and his son. The officer was hit three times.

The officer was present at Rojas’s hearing and brought something along to taunt him.

Brandishing a tube of K-Y Jelly, a personal lubricant, the officer told Rojas, “You are going to need a lot of this.”

Definitely don’t shoot them in the face. Particularly if they’re tough, and survive.

“You are going to need a lot of this,” the officer, who was not named, said to Kevin Rojas, 21, https://t.co/uE8gbWWNvf

Also, don’t run like a coward after the shooting.

The officer survived being hit in the face and continued to shoot back at Rojas, who ran away and was later apprehended.

“I will take those bullets instead of a fellow officer and an innocent bystander,” he said. “When I brought the fight back to you, you ran like a coward.”

But if you happen to be shooting those bullets, please don’t be surprised if you end up in jail. Or worse. Much worse.

You’ll be wishing you had just taken the traffic ticket.