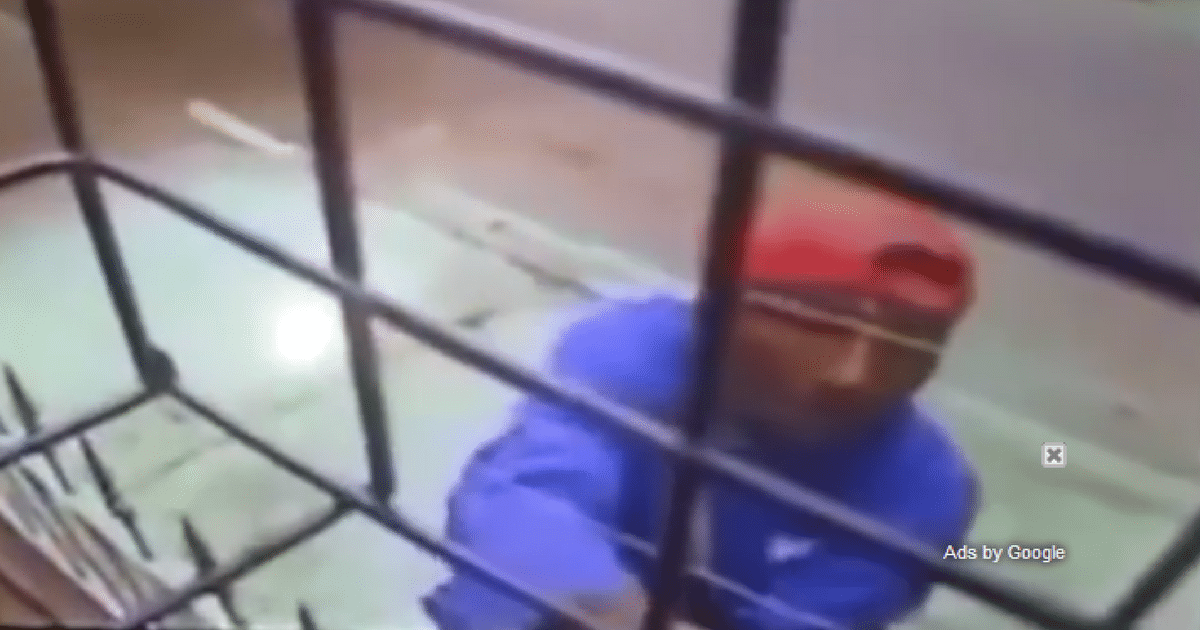 Criminals are determined. They will spend time casing a home before they break in.

They will search for the slightest weakness to exploit, in order to rob you of your possessions or worse.

But one criminal learned the hard way that many home owners are prepared. Some even go the extra mile. The results were simply shocking.

In a video uploaded to YouTube a couple years back, the would-be burglar could be seen approaching the electric fence surrounding the homeowner’s house and briefly touching it to test out its strength…

Upon touching the fence, he withdrew his hand in apparent pain and quickly scampered off as the homeowner laughed with glee.

As noted by Home Security Geeks, an electric fence “is a barrier that uses electric shocks to deter animals or people from crossing a boundary.”

“Electric fences are an effective way to prevent theft or any intrusion from happening,” the site, which provides home security reviews and research, noted. “Most often, with signs which warn of an electric fence, would-be intruders simply go away or move on to an easier target.”

The video is amazing. This thug thought he could cut his way into this family’s home. Only to discover they had a fence packed with thousands of volts. Watch how the thug falls to the ground defeated, forced to walk away like nothing happened!

Criminals are determined, but they’re also cowardly. If they met with resistance, they’d rather walk, or run, away.

Even the smallest amount of prevention can go a long way in protecting your home and family.

But, heck, why go small when you can zap an intruder with enough volts to make him think twice!

This is a delightful little lesson to all would be criminals: be careful of which fences you try to cross. They might just roast your sorry butt!