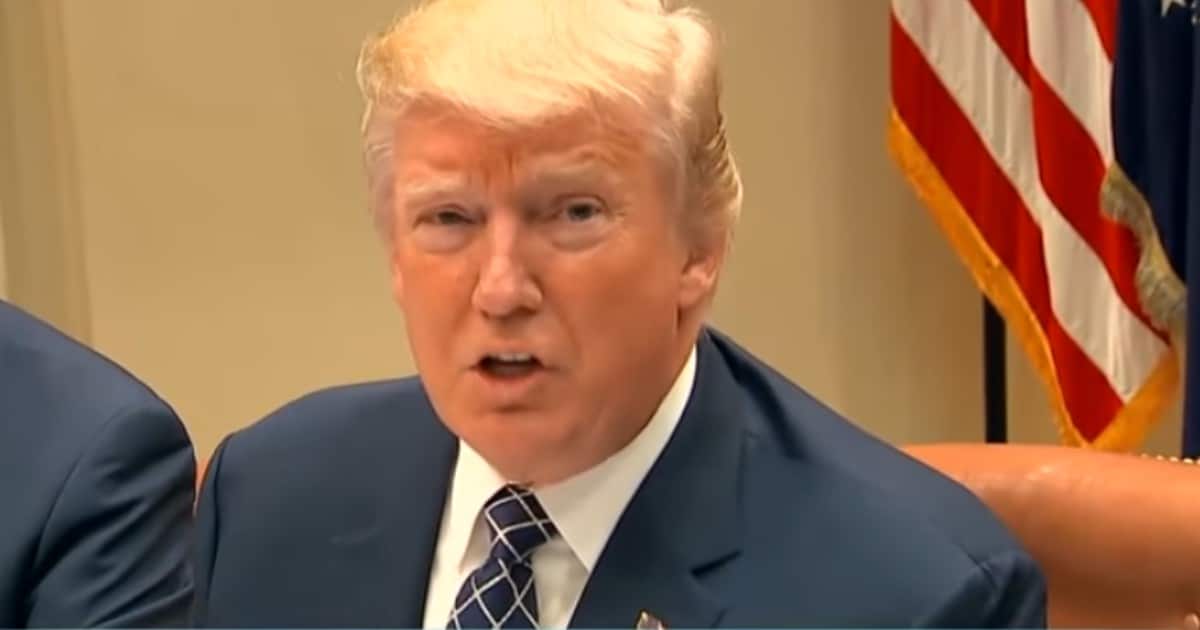 The true test of a leader is this: if he follows the same rules he gives to his subordinates. It means he leads by example.

All the best leaders in history have followed this rule. When their soldiers suffer, great generals suffer, and eat the same food, wear the same clothes, and share the same lodgings. Men won’t respect you if you don’t suffer, work, obey, and respect authority in the same way that they do.

And the evidence that Trump is a great leader? He just asked the United States why Congress isn’t following this basic principle of leadership.

More specifically, he asked why Congress isn’t paying the same healthcare premiums that the rest of the US is paying. And that’s a very good question.

President Trump on Monday blasted ObamaCare, saying the healthcare legislation is “hurting people” and questioning why Congress shouldn’t be paying the same as the public.

If ObamaCare is hurting people, & it is, why shouldn't it hurt the insurance companies & why should Congress not be paying what public pays?

It’s a good question, a businessman’s question. And it cuts to the heart of what Republicans have been miserably doing these past few weeks.

Let’s start at the beginning – as we all know, the Republicans have promised for seven years now to repeal ObamaCare. They’ve practiced repealing it, weakening it, or damaging it up to 54 times in the past 7 years. That’s a lot of run-throughs.

When they have a Republican House, Senate, and Presidency, they suddenly discover that they can’t repeal it. Or even damage it. All that previous work was just for show. To appeal to a base they planned on betraying, I suppose.

In short, when Republicans have more power than they’ll ever have again, they can’t even repeal an unpopular law. And that should make you furious.

It certainly made Trump furious.

And his new suggestion for getting Republicans in line? Brilliant.

If a new HealthCare Bill is not approved quickly, BAILOUTS for Insurance Companies and BAILOUTS for Members of Congress will end very soon!

Trump is right. ObamaCare is a disaster, and the only way the public will know is if the law collapses by itself.

And the only way Congress will know it’s a disaster? If Congress has to live the way the rest of America lives…under ObamaCare.

Then they’ll see how the rest of us feel, and live. And then they’ll get the point.

Trump is forcing his subordinates to live under the same rules as the rest of us. And that’s true leadership.