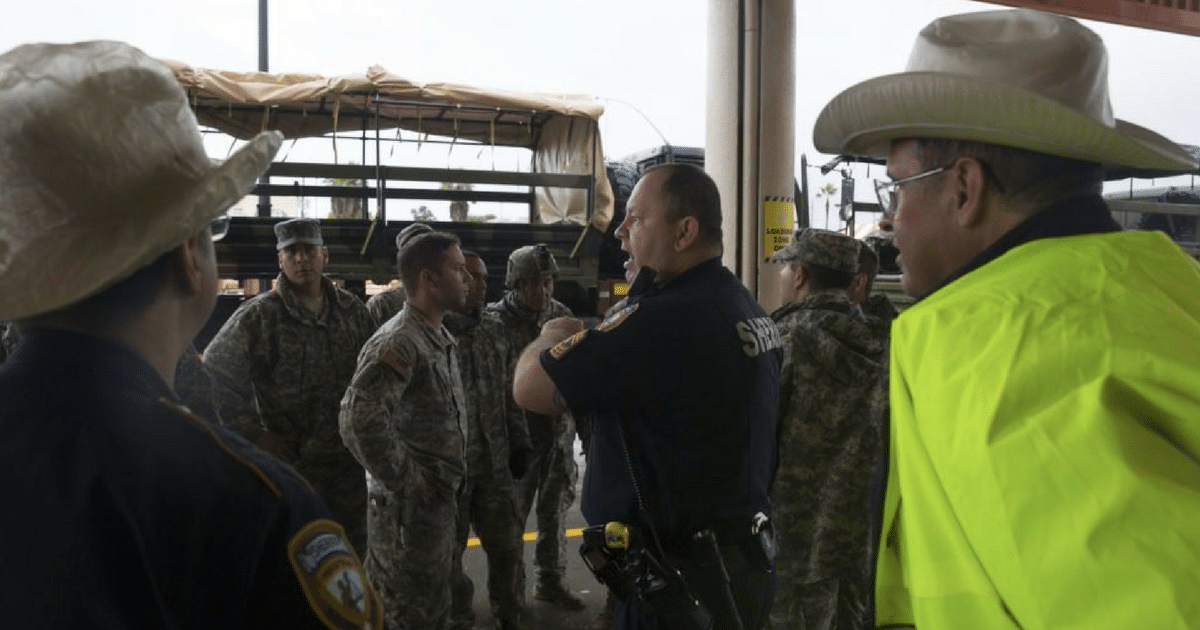 The aftermath of Hurricane Harvey is still being felt in Texas and surrounding states. The destruction of this powerful storm will no doubt affect the region for a long time.

Despite the hard work from rescue workers and volunteers, there are actually low lives who are taking advantage of the situation. Scum bags are looting homes and stores, going as far as harming people.

But in this time of dire need, law enforcement aren’t messing around. They have vowed that looters will face serious penalties.

Let me clear this up–we were w/police who had discovered a dead body & mentioned we saw ppl w/faces covered going into a supermarket nearby pic.twitter.com/bfM5WCCO1e

Law enforcement in Texas apparently isn’t messing around when it comes to looters in the aftermath of Hurricane Harvey. Unprecedented flooding has ravaged parts of the Lone Star state, and at least nine people have reportedly died so far as a result.

But criminals looking to take advantage of the tragedy by looting property during the crisis were in for a very rude awakening.

The ABC crew reported the looting to police. Moments later, the U.S. Coast Guard was flying overhead and multiple officers responded to the scene.

The strong-handed response is in line with what Houston Police Chief Art Acevedo said of looters.

Police are taking serious action against anyone trying to exploit the disaster through criminal activity.

But believe it or not, the reporter’s original tweet was taken down. Because some people considered it snitching!

Imagine that: people online are so corrupt and stupid, that they support looters. Looters, who are breaking into homes and robbing innocent victims, are being defended by morons online.

During a time of crisis, everyone needs to pitch and help each other. There are services and government agencies helping people who need food, clothing, and shelter. Those who loot only make the problems worse.

Yet the morally bankrupt dirt bags on social media don’t see it that way. They think robbing victims is just surviving.

I’m sure they’d feel differently if it was their home or business being broken into. Or if the gun was in their face.