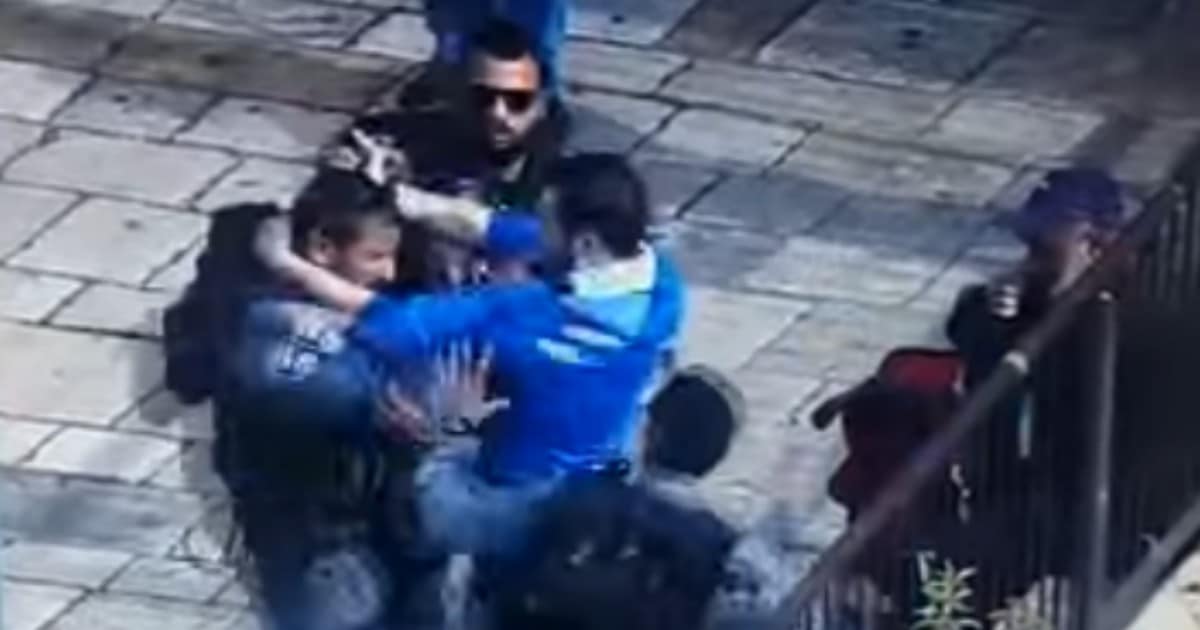 We often hear of bombings and other big, violent attempts at terror. But on a regular basis, terrorists around the world use simpler means to take lives.

That includes vicious knife attacks. An assailant can quickly injure multiple people with a simple knife. They cause serious wounds that could make a victim bleed out while waiting for help to arrive.

One attacker attempted to do such a thing, when he tried to stab a police officer. But there was just one big problem: the cop’s buddies were everywhere.

The video, entitled “Terrorist Attempts to Murder Israeli Border Police,” showed a man pulling a knife on a Israeli border agent. Within seconds, he is surrounded by police with their guns pointed at the attacker…

Unfortunately, knife attacks are not uncommon in the Jewish state. In September 2015, Palestinian leader Mahmoud Abbas told Palestinian television, “We welcome every drop of blood spilled in Jerusalem. This is pure blood, clean blood, blood on its way to Allah.”

Horrific. Since then the so called Knife Intifada began, with hundreds of stabbings being committed against Israelis by Palestinians.

On Monday, Israeli police had to act fast when a Palestinian attacker tried to stab officers near Jerusalem during President Donald Trump’s visit to the city, ABC News reported.

It’s remarkable video to be sure. Why would a lone attacker think he could take down one officer with so many others nearby?

This kind of attack is all too common in Israel. Palestinians are celebrated for shedding Israeli blood. Even with the odds against them they try, believing that being killed for the cause of jihad is their highest honor.

But you can see for yourself how well equipped and trained these Israeli officers are. Armed with guns and wearing protective vests, the knife did not find a place to penetrate. Plus, the training and skills of those officers ensured that terrorist would be subdued immediately.

Yet it is another chilling reminder that the threat of terrorism is always lurking.