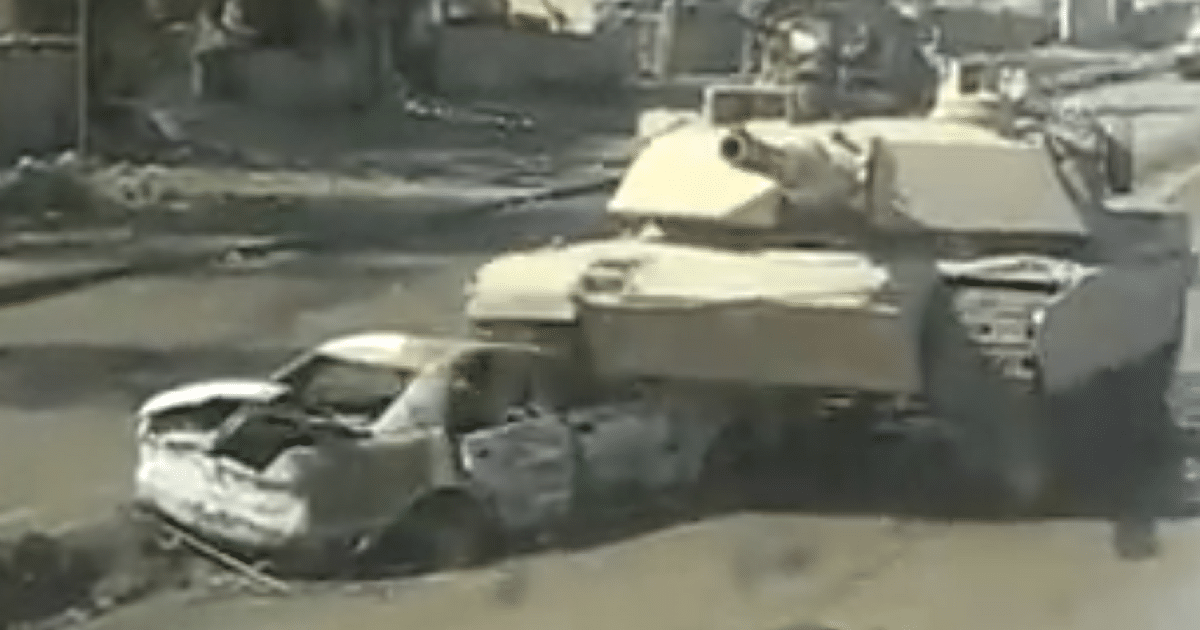 As it happens, that gem applies equally well to tanks as it does stocks.

The United States has a huge military budget, and any look at our hardware should tell you why: we don’t skimp on products that protect our soldiers and our national security. Our aircraft carriers can cost $13 billion, but they win wars and keep soldiers alive. Worth every penny.

But the M1 Abrams tank? That’s a cheap ten million.

Which is quite a bargain, when you consider that it can roll right over a bomb…and barely get a scratch.

This M1 Abrams tank rolled over an improvised explosive device in a battle zone.

The tank handled it like the boss that it is.

The video itself is from overseas, and it’s a couple years old. But classics never die.

A few things to consider – the M1 dates back to the 70s, and although it’s been updated since then, the basic design is the same. What it can withstand now, it’s been able to withstand since the end of the Vietnam War.

Which, among other things, means being able to sit right atop a bomb.

We see a rusted, dilapidated car and the M1 Abrams. The tank begins to approach, [but there’s] a little secret about this hulk of a car.

It has an IED hidden inside.

Just another day on the job for the M1 Abrams.

It should probably be pointed out that driving over IEDs with tanks isn’t the military’s preferred method of disarming IEDs. No matter how efficient or cool it looks.

There’s still too many things that could go wrong. You don’t want weapons damage, for example. Or, much worse, a situation where the M1 is stuck sitting atop a crumbled automotive, unable to move because both treads are off the ground as the belly of the tank rests atop the car.

It’s not like you can get out and push.

Still, the fact that the tank can handle something it wasn’t really meant for is a testimony to why we spend so much on military engineering.