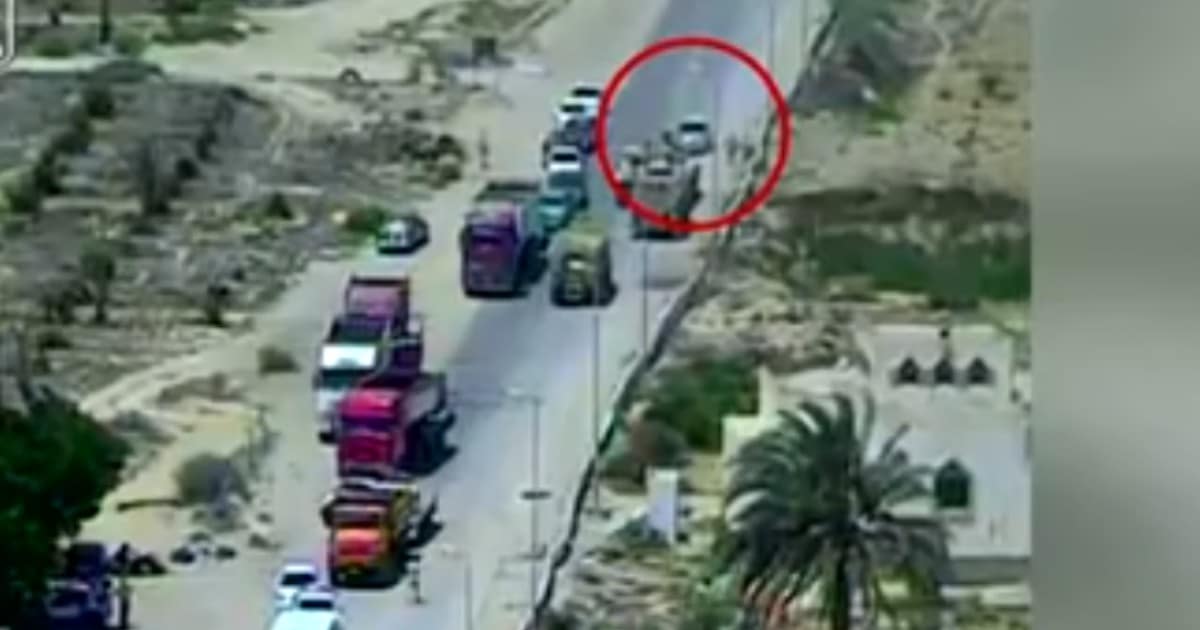 Every day we are reminded of the threat of radical Islamic terrorism.

Soldiers and peace keepers must stay ever-vigilant, in order to stop attackers from taking many lives.

This is especially true in the Middle East, where a group of soldiers acted quickly to avert disaster.

The tank quickly rolled right over the SBVIED, crushing the car, and providing civilians time to run for cover. The tank then turned around and drove away from the car, which exploded into a massive fireball a few seconds later.

The U.K. Daily Mail reported that the car had an estimated 100kg of explosives in it, as well as four gunmen. Seven civilians, including two children, reportedly died from the explosion, but the numbers could have been much higher were it not for the tank crew…

It is estimated that this tank crew saved 50 civilians from being slaughtered by this bombing.

Although several lives were lost, many more would have been killed, had the soldiers not acted like they did. Based on recent events these attackers were mostly likely working with ISIS. Egyptian forces have been warring against ISIS-backed agents.

The video footage is amazing. The tank moves in quickly to disarm the arm, preventing the terrorists from attacking. After a few minutes, the massive amount of explosives detonate, creating an enormous blast.

Had the car been a few feet closer to the checkpoint, every last person would have been killed.

This is a reminder that we must always be alert. Even in our own country, there are groups and individuals that mean us harm. Without the tireless work of our border police, military, and security forces, similar events will happen.