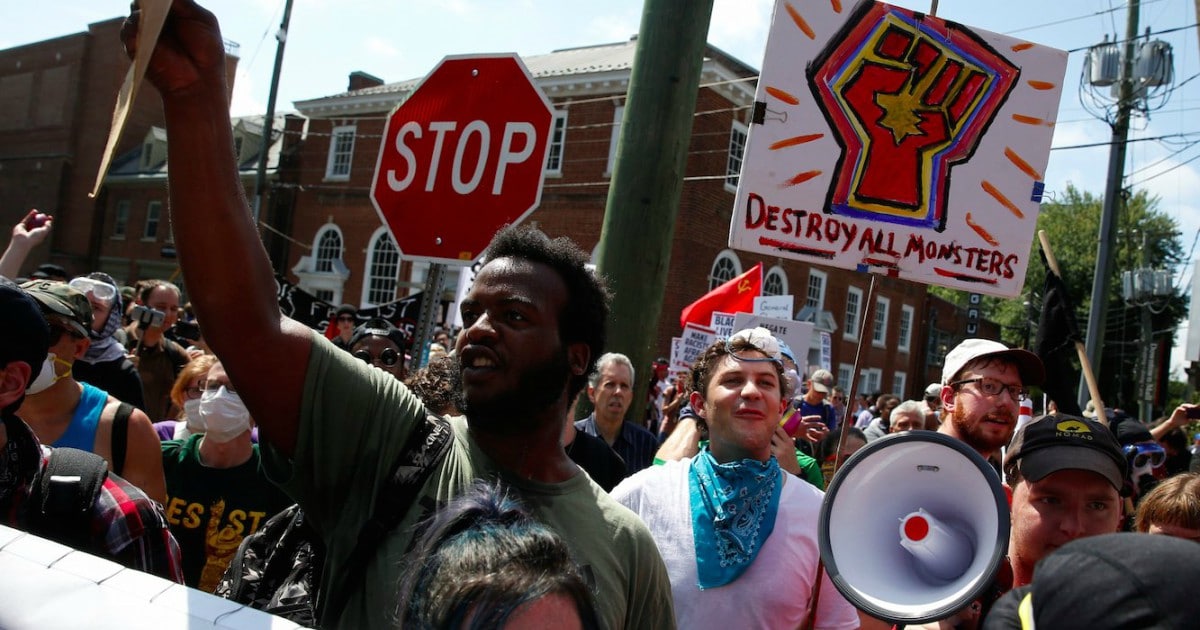 The tension between groups in our country is reaching a fevered pitch.

Extremist liberals have pushed many Americans to the break point. It has created incredible amounts of tension, generating hate between neighbors.

Now in one state, the National Guard has been forced to act.

The governor of Virginia has declared a state of emergency after violent clashes broke out Saturday morning between participants in a “Unite the Right” white nationalist rally in Virginia and counter-demonstrators, according to news reports and a Twitter announcement from the governor’s office. Virginia Gov. Terry McAuliffe has put the National Guard on standby in anticipation of violence at a white nationalist rally in Charlottesville, ABC News reported Friday…

In a pre-rally march through the University of Virginia’s campus, more than 100 tiki-torch wielding white nationalists chanted phrases like “white lives matter” and the neo-Nazi slogan “blood and soil,” according to WTVR-TV and ABC News.

And, where there are neo-Nazi idiots, violent protesters on the left predictably follow; several outbreaks of violence were reported by The Washington Post‘s Joe Haim.

The march was eventually broken up by police after they concluded that the protest march was an unlawful assembly.

Those of us monitoring the past weekend’s news know how bloody and violent the confrontations became. This shocking display of violence from both left-wing and right-wing extremists is merely a symptom of the divisions identity politics have created in our society.

Politicians have fanned the flames. Liberal media, activists, and irresponsible bloggers have propagated this idea. The idea that we are defined by the color of our skin, not by the content of our character.

Everyone involved in this weekend’s violence proved they had no character to speak of.

The hate and violence exhibited in Charlottesville was long brewing. Worst yet, it will most likely continue, so long as our dishonest, corrupt, and divisive mainstream media fan the flames of racial division.

I believe the vast majority Americans already do this. But all that is required for more violence to erupt is for the media to manipulate a dangerous minority. Only a few hundred fought on Saturday, a sliver of a percent of the many Americans in this country.

Unless we reject the toxic policies of the left, more of this will happen.