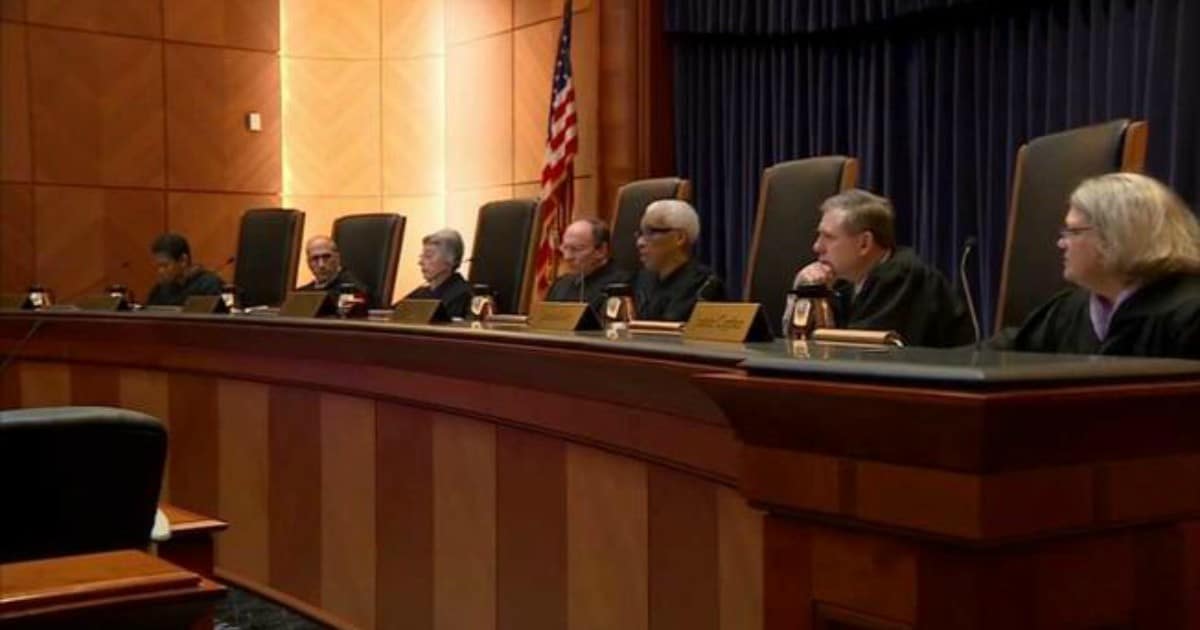 Time and again we see out-of-control judges undermining our government.

Instead of upholding our laws and leadership of the President, they are abusing their authority.

The latest case is in the state of Massachusetts, were liberal judges are trying to jeopardize your safety. The Massachusetts Supreme Court on Monday ruled that state law does not allow local officials to detain illegal immigrants and others at the request of federal immigration authorities.

Federal immigration detention orders are not enough for state officers to hold individuals, according to the court ruling.

“Nothing in the statutes or common law of Massachusetts authorizes court officers to make a civil arrest in these circumstances,” the ruling stated…

“Massachusetts law enforcement officers cannot arrest people merely because someone else asks them to, even if that someone else is the federal government,” the American Civil Liberties Union of Massachusetts argued in a court filing.

The state’s highest court seemed to agree with the ACLU.

Looks like there’s another state that’s going to be denied federal funds!

Obviously, this court is trying to turn Massachusetts into another sanctuary state. They want to deny the federal government their authority in detaining criminal aliens. These are people who have been arrested for wrongdoing. Criminals who pose a threat to our people.

Yet these liberal judges want to release them back into your cities and communities. All because they hate our President.

It’s high time states and cities that do this are punished. They’re not concerned with the well-being of immigrants, or the law. They are only making our country far less safe, so they can stick to their politics.

How many Americans must be robbed, raped, and killed before the left wakes up? Far too many it seems.