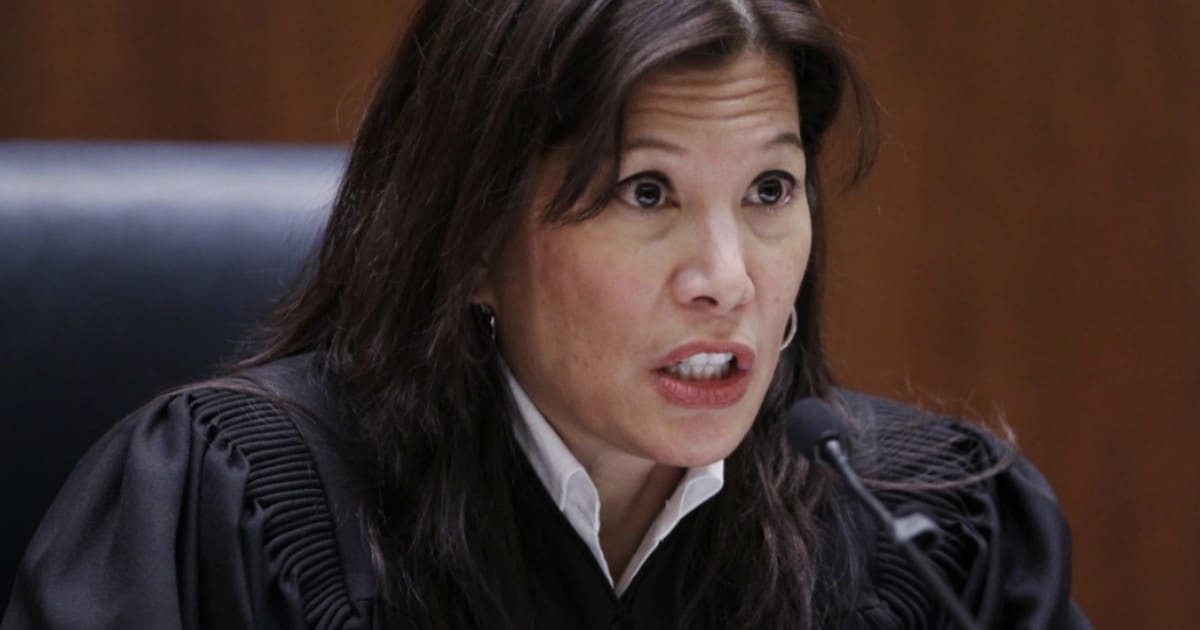 Your average liberal likes to run his mouth, but he’s probably not too big on actions. But it’s the ‘actions’ liberal that you need to worry about. Those are the ones that will do the most to undermine the law.

This case is no exception.

It’s no secret that lib governors and Sanctuary Cities are doing their very best to destroy the rule of law, and the Trump administration. Disobeying federal law, and pretending they’re not breaking the law, is making the leftist careers of most of these politicians.

Still, most of them stop short of actually pushing back against the President – instead, they just refuse to comply with his orders. But this woman is different.

She’s actively pushing ICE out of California courthouses. And she’s preparing to back up her threats with laws of her own.

State Chief Justice Tani Cantil-Sakauye, who has previously condemned Immigration and Customs Enforcement operations at court facilities, said Tuesday she has a duty to call out federal agents who arrest illegal immigrants in or near the California’s courthouses.

California "State Chief Justice Tani Cantil-Sakauye she feels it’s her duty to speak out on federal policy that… https://t.co/Hwk6HDMAbQ

The chief justice’s remarks came as the California Assembly legislature takes up Senate Bill 54, a proposal that would prohibit the use of state and local public resources to aid federal immigration enforcement.

If enacted, the so-called California Values Act would effectively cut off all voluntary cooperation between local law enforcement and ICE, except in cases required by federal law.

Let’s say you’re local law enforcement. There are certain instances in which you, legally, have to talk to ICE about someone you’ve detained – say, if your detainee is making threats about a terror plot. Then call ICE. And homeland security.

But there’s many more that aren’t as legally clear. Trump is asking, and Sessions is demanding, that local cops talk to ICE in those situations as well.

And Tani Cantil-Sakauye is saying, ‘no, you may not. In fact, we’ve made a law to prevent you from doing that without facing prosecution.’

And any ICE agents that look for illegal immigrants on California state property? Well, they’re now kicked out.

The legal agents of the USG can now no longer legally be on California state property, exercising their duties. This is liberalism off the deep end.