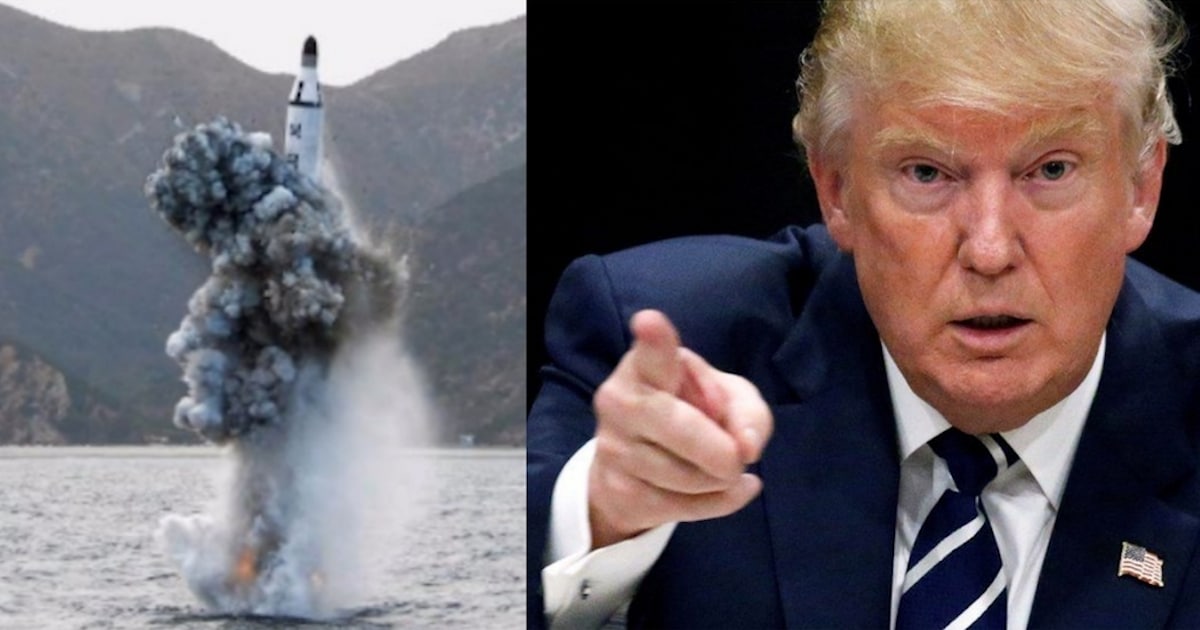 North Korea has been out of the main headlines for a while now.

And that’s not a good thing.

Fact is, the Twitter war between President Trump and the propaganda arm of the angry dictatorship was a sign that war probably wasn’t going to happen.

He wasn’t actually going to shoot the audience. We don’t think.

Trump, remember, had already told him exactly what would happen if he did that.

Of course, if you listened to the lib Mainstream Media, World War III was right around the corner. They were terrified. And now, when Kim has gone silent, they’re no longer worried.

They probably should be, though. Evil men make threats when they are powerless to act. When they have that power, they shut up. They don’t need words anymore.

In related news, it looks like North Korea has built a submarine capable of carrying nuclear warheads right to US shores.

“While the nuclear capabilities of Kim Jong Un’s regime have advanced dramatically, many believed it would be some time before a Pyongyang missile would be a real threat to the U.S.

However, new spy photographs reveal that the rogue nation has been working on an alternative way to deliver weapons of mass destruction… and it doesn’t require advanced, long-range ICBM technology.

‘North Korea is on an aggressive schedule to build and deploy its first operational ballistic missile submarine.‘

It’s a frightening thought. But it isn’t just the thought of one lone expert.

No, it’s an entire think tank of experts. And their specialties? North Korea. That’s it.

When a think tank devoted to one thing only tells you to be worried about that one thing…it’s time to worry.

After all, this changes the rules of any future conflict.

Prior to this, the US only had to worry about which parts of the country could be hit with a North Korean ICBM – which means we were worried about Hawaii and Guam.

If Kim has perfected a submarine, however, we’d have to worry about…well, everywhere.

And it’s likely the reason he hasn’t made any public threats in a while. He doesn’t need to distract the world from the fact that he’s hopelessly outgunned anymore. He’s not.

Why do you think there is a long pause? Building of a submarine? Preparing for a big test? Getting ready for winter? Concentrating on economy? Diplomatic reasons? What are you thoughts? – https://t.co/854h9shSUg

We might want to prepare for an underwater defense.