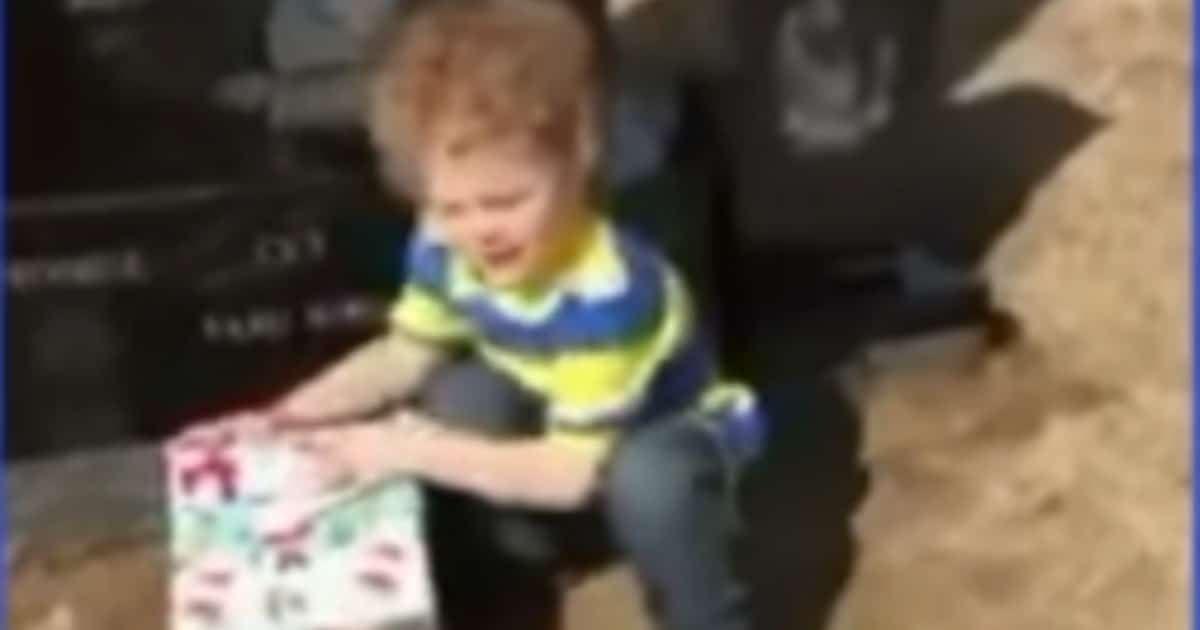 There is nothing worse than when a child loses a parent. It’s especially bad when the child is very young.

The void left in that child’s life can never be fully replaced. Such is the case when a young boy loses his dad. His role model and mentor is gone and few can fill that hole.

But sometimes, there are silver linings in dark clouds of tragedy. While a child may lose their father, often others step up to help, even in small ways. Those small acts of kindness can mean the world to those kids and the family that was left behind.

Such was the case with young Braxton, who lost his father far too soon.

Late one night, Cody Wells drove off the road in Alabama and crashed into a tree. He died at the age of 23.

Cody worked for the police department and was engaged to be married to a woman named Danielle. The couple had a young son together, so the sudden loss was made even more gut-wrenching.

Eight months after Cody passed away, Danielle and Braxton headed to the cemetery just as they always do. But on that Christmas Day, the mother-son duo was met with an unexpected surprise.

There, in front of Cody’s grave marker, was a mysterious gift-wrapped box. Braxton noticed the gift from far away and took off running. “He thought that his daddy had flown down from heaven to surprise him,” Danielle said.

Christmas can be an especially painful time for family whose lost a father. Yet a kind neighbor left behind a box of toys for young Braxton.

It was the tombstone designer that left the gift. Knowing the boy would miss his dad at this special time of year, he went the extra mile to do something kind for him and his mother.

While Braxton’s dad himself didn’t send the gift, it is still no less an expression of love for his son. As Cody looks down on his young family, there are others here and now that can fill a little of the gap he left behind.