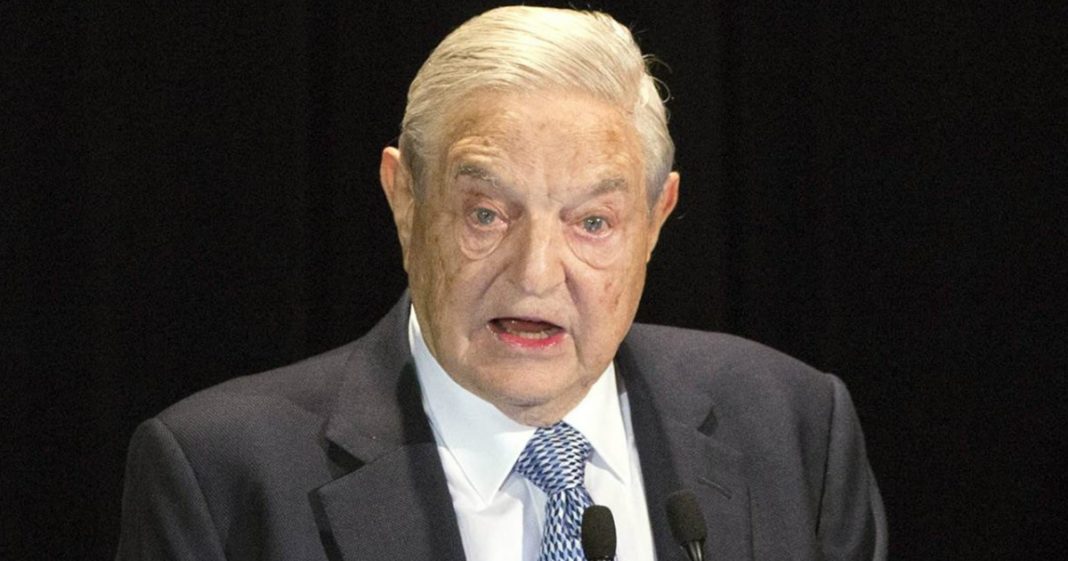 The left just proved itself to be a massive pile of hypocritical garbage. But good luck getting them to admit it.

With the constant screaming and frothing at the mouth that has come from liberal Democrats about ‘Russia,’ ‘hacking,’ and a whole lot of other lies and fake news, you’d think the left in general would be more opposed to meddling in foreign affairs.

Ponder it for a moment – surely, if you think that Russia hacked the election, you’d be quite upset if one of your own were off in, say, Europe, attempting to influence a democratic process?

Wouldn’t you? No? Ladies and gentlemen, welcome to the hypocrisy of the left.

George Soros is hacking away at the rights and choices of conservatives around the world. And a Republican senator from Utah has caught him red-handed.

“I have received credible reports that, over the past few years, the U.S. Mission to Macedonia has actively intervened in the party politics of Macedonia, as well as the shaping of its media environment and civil society, often favoring groups of one political persuasion over another,” Lee said in a letter to Ambassador Jess Baily, who was appointed by President Barack Obama.

Senator Lee wasn’t the only one outraged. The others included a man named Viktor Orban, who just happens to be the Hungarian prime minister. Oh, and all of Hungary itself, as well.

‘Large-bodied predators are swimming here in the waters. This is the trans-border empire of George Soros, with tons of money and international heavy artillery. It is causing trouble … that they are trying secretly and with foreign money to influence Hungarian politics,’ [said] Orban, a foe of unlimited immigration, which Soros supports.

Orban said Soros’ organizations seek to import hundreds of thousands of migrants into Europe despite what Hungarians want.

It shouldn’t be a surprise that the left is trying to force everyone else to fix problems that the left itself doesn’t want to lift a finger to fix themselves. That’s their basic MO.

But it should, at least for a moment, be a surprise that the Left is meddling in foreign elections.

After all, with all the screaming they’ve done so far, you would think that would be off-limits. But who am I kidding? Nothing ever is with these people.