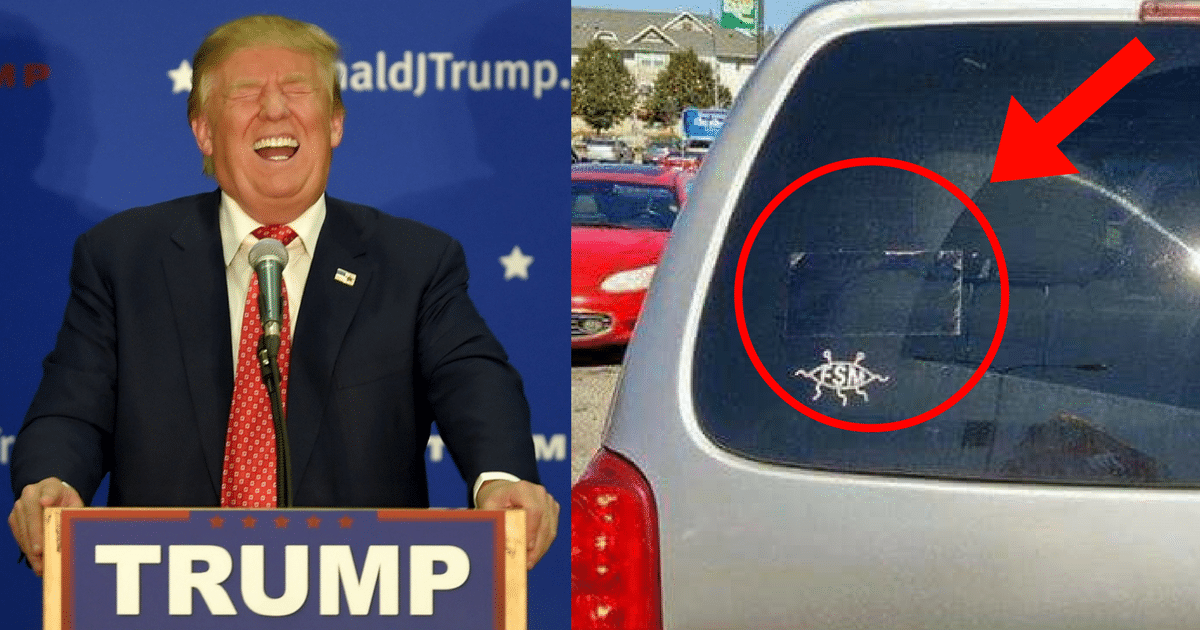 Sometimes you see something so stupid it’s hard to believe it’s real.

Then you see how many people voted for Hillary Clinton last year and reality kicks back in.

Some people really are just dense.

I came across this picture today on Facebook and it sums up Socialist logic perfectly.

This unnamed person came out to their car and saw that someone had messed with their vehicle.

Now I’m not one to condone political violence or vandalism of any kind. And I would definitely be mad if someone stole from me or messed with my stuff. But then again, I’m no Socialist. I don’t believe in letting people take my hard-earned things.

But after I saw the response this person had, I couldn’t help myself. The Socialist delusion was just too dang funny!

“I’m so upset right now. Somebody ripped off my Bernie Sanders sticker for my car while it was parked. I don’t understand why people think its okay to touch other people’s property like that!”

Did you catch that?

A Socialism fan is mad that somebody came and took their property they worked so hard to buy!

It’s amazing how many people are fans of Socialism until someone tries to take what they personally own. When that happens, they usually get very defensive. It’s so clear to them why they should be able to keep their own things unless it’s someone else’s stuff they are taking.

You know what stealing someone’s bumper sticker is considered?  — a crime.

Somehow though, stealing someone’s money through wealth re-distribution is a valid political ideology — WHAT A JOKE!

Socialism has NO PLACE in America — SHARE if you agree!