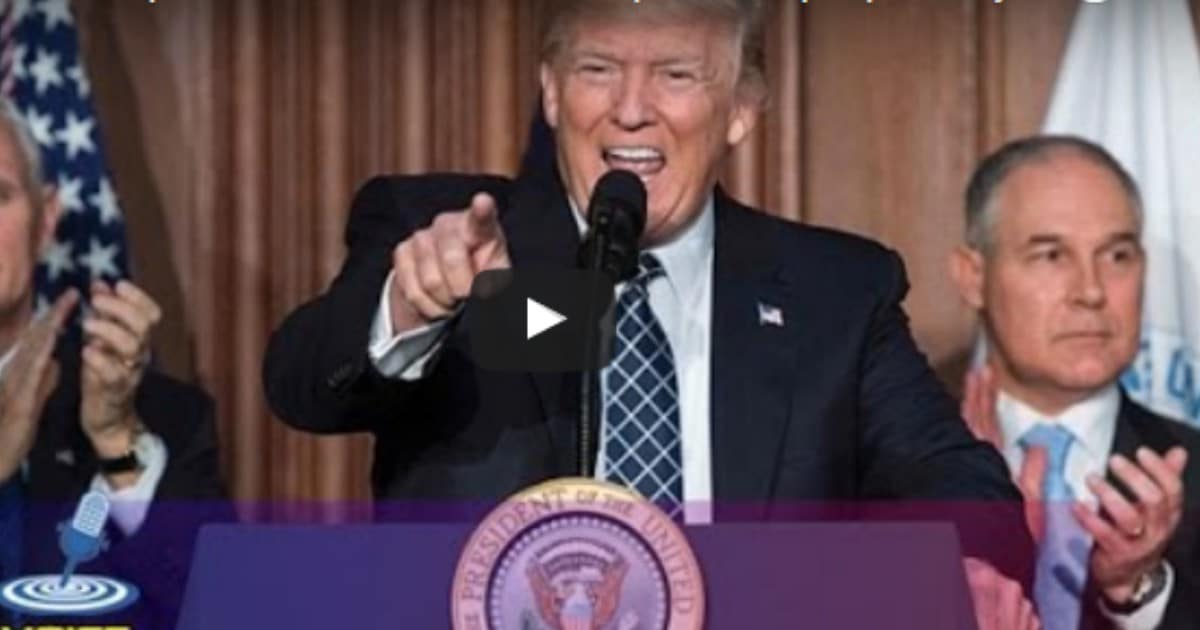 Virtually everything the man and his family does is covered by the press – and this was true even before he was president. They can’t get enough of him.

And some of their obsessive lies come from just that fact – when you hate someone, but also love them, you’ll find a problem with the tiniest, tiniest things.

Which brings me to today’s story, in the ‘I-can’t-believe-liberals-think-this-is-news’ category. But then again, I guess if you’re putting out Fake News every day, you won’t recognize useless news when it’s in front of you.


Anyway, liberal media is obsessing over a video of Donald Trump rearranging his desk.

Really. I can’t make this stuff up.

This is the weirdest thing I've ever seen pic.twitter.com/EF6Hk3Y3ai

A short video of President Donald Trump sorting items on a White House table has gone viral on Twitter.

The selection of clips shows the President fiddling with items on the White House table.

Not the threat of terrorists from the Middle East, or the threat of war from North Korea, or the economy that’s now recovering at an unprecedented pace.

And not the shrinking national debt. Just…Trump rearranging crap on his desk.

Twitter, being the hotbed of relevance that it is, just went nuts.

One Twitter user commented: ‘I do something similar – OCD and control issues.’

Another, Matthew Kory wrote: ‘He’s always moving stuff. Have you ever noticed he adjusts every microphone he steps in front of?’

Caitlin Murray‏ said: ‘I think the way Trump does handshakes is weirder. But this is also pretty darn weird.’

One simply said: ‘What is happening?’

Reporters and Tweeters alike have been trying to find an explanation for Trump’s behavior.

But what’s funny about their explanations is that all of them end up being good. Take OCD, for example – Trump might very well be obsessive compulsive.

But in a president, that’s a very, very good thing. It means he’ll constantly be attending to the details.

And it should be obvious that that’s a good trait to have in a businessman.

The discussion around the video shows no signs of stopping. And Trump, true to form, is too busy being a president and saving the country to care.