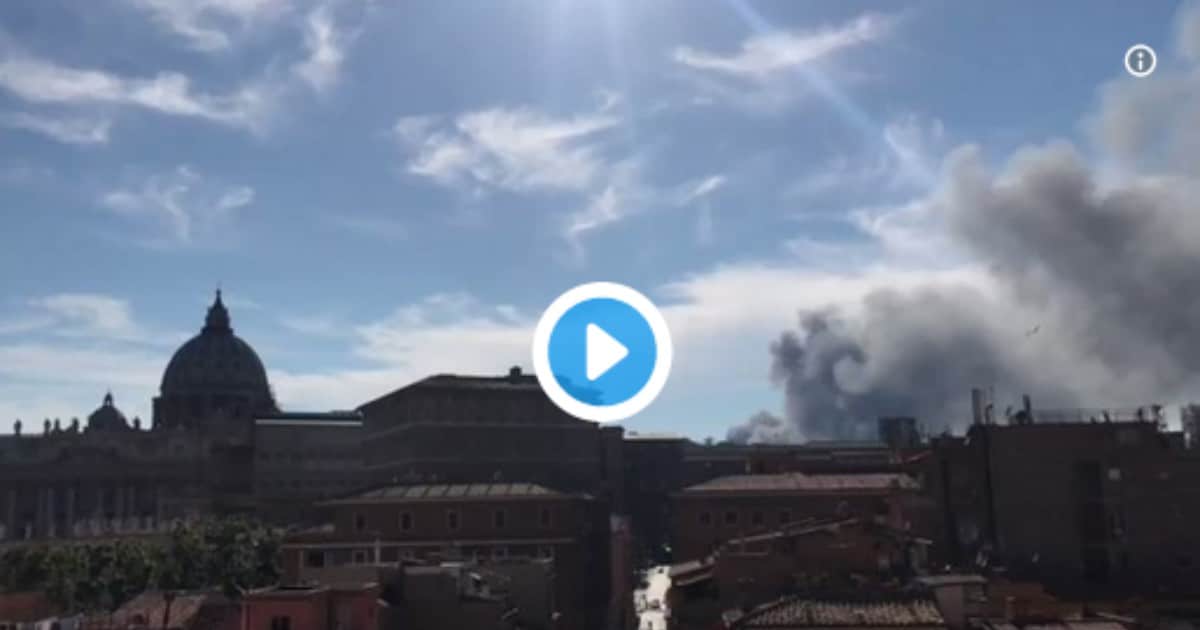 In news that’s still breaking, thick clouds of black smoke have appeared over the Vatican in Italy, the very capital of the Catholic Church. And no one seems to know yet what it is.

The church itself hasn’t spoken to anyone.

This story is breaking. Check back for major developments.

A possible emergency situation has developed near the Vatican, the home of the Catholic Church and the pope in Italy.

Thick black smoke clouds from a large fire have been seen over the Vatican, and some reports indicate that an explosion may have occurred.

“Dark cloud of smoke rising from the Vatican,” wrote one observer on Twitter. “I can see the smoke from my apartment and heard the explosion,” he explained. Many social media users shared images of the smoke.

Smoke itself, mind you, isn’t unusual for the Vatican. It’s how they announce the election of a new pope. White smoke from the Sistine Chapel’s chimney means a pope has been selected; black, that the vote has yet to be decisive.

This, however, is not that black smoke.

Because it also came with explosions.

The Italian language news source Rai News reported that cars near the Vatican had exploded, which caused a fire to spread.

And from the Sun, “the heat caused a series of explosions sending glass and car pieces flying in the air. More than 50 vehicles were said to be damaged in the massive blaze.”

Terrorism is, obviously, the first and most worrisome reason. And lord knows the heart of the Catholic Church would make an enticing target for militant Islam.

But, given that no report has been forthcoming, it’s also possible that the explosion isn’t even inside the Vatican itself, but simply close by. Images from social media make it hard to tell without an official statement.

What is clear from observer reports is this – the smoke is dark enough to be a full-fledged fire. Something was burning for quite a long time.

Trump’s just had a successful recent trip abroad, a decision to finally pull out of the climate agreement nonsense, and up-and-coming battles with North Korea, China, and Russia. Adding a new terror threat to that growing pile of duty would be dangerous, and tragic.

Update: preliminary reports are saying the fire is from a nearby body shop, and not the Vatican.

Sky reporting that smoke near #Vatican is from a fire at an auto garage, not at the Vatican itself https://t.co/R9lXCGmOY7