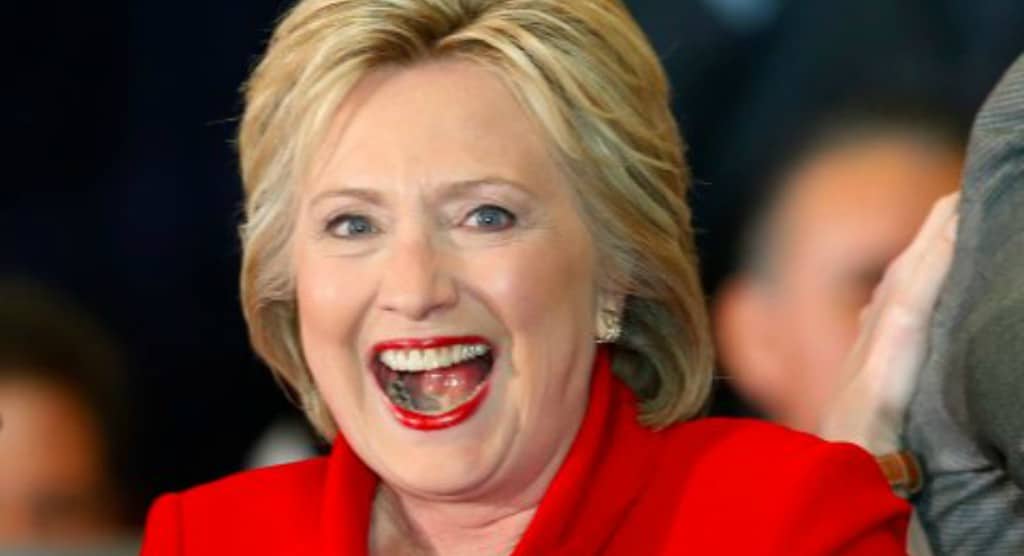 Here is your daily dose of hilarity.

Hillary Clinton has wanted to be president her entire life. She hitched her wagon to an up-and-coming lawyer named Bill, knowing he had the charisma to go far.

Her influence propelled him to become Attorney General of Arkansas, then governor. Then he became 42nd President of the United States, putting her in the White House.

But that wasn’t enough. After Bill finished out his time in D.C., she moved to New York, where she bamboozled a largely liberal electorate to make her a senator.

For years she bided her time, enduring the Bush administration, until time was ripe for her to strike.

2008 was supposed to be her year. But seemingly out of nowhere, a young senator named Barack Obama stole her spotlight. He humiliated her in the Democratic primaries and went on to become the 44th President of the United States.

So she bided her time some more, taking a role as Secretary of State, devising a clever scheme to funnel money through her charity. 2016 would finally be her year.

Yet we’ve seen that once again, Hillary was humiliated in defeat, as Donald Trump became the 45 President of the United States. Noticing a pattern?

But perhaps she’s not out. Maybe in 4 to 8 years she’ll come back.

Some morons are hoping so.

No inside information informs this prediction. No argument is advanced as to whether her run is a good or a bad idea—there are many ways to make a case either way.

Instead this is just a statement of simple facts (if facts mean anything anymore, that is).

And the facts are clear that the former secretary of state is doing everything she needs to do to run for the White House one more time. If she finds a path to do so, she will take it.

This is pathetic desperation at its finest.

Hillary supporters, unwilling to acknowledge the reality of her many losses, are still holding out hope that in four years, she’ll claiming the throne that is rightfully hers.

It’s ridiculous and comical at best.

She’s lost twice. She went the distance this last election, with everything in her favor and still lost.

She’s burned bridges within the Democratic Party (thanks to her manipulation of the primary process), been exposed as a crook and liar, and holds to political beliefs far too radical to win over Americans.

Plus she’s just getting too old; and perhaps suffers from a serious illness.

Why can’t Clinton just retire, enjoy whatever years she has left?

Are liberals so bitter, so jealous, so enraged over Trump’s win that they maintain such a ridiculous fantasy?

The truth is Matt Latimer took a hard look at the Democratic Party and could not find a viable candidate to run against Trump in 2020 or even 2024.

He knows the party will be down and out for years, perhaps a generation. So he wrote this nonsense in a desperate hope it becomes reality.

But there is only one term to describe this article: fake news.