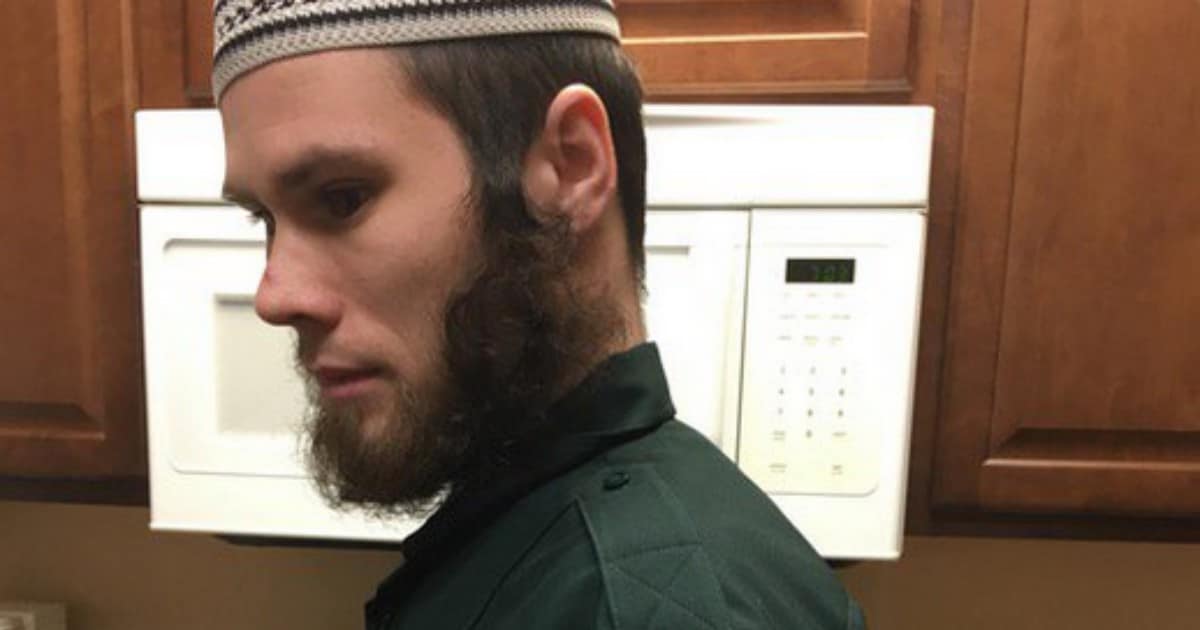 Like it or not, the threat of Islamic oppression thrives in the United States.

It spreads like a cancer throughout communities and cities around the country. While many Muslims pose as peaceful, freedom-loving citizens, there are those who wish to impose their religious practices on others.

The land of the free and home of the brave is facing a brand new threat to its existence, one that is coming from the inside out.

While radical, Islamic terrorists are trying to murderer Westerners, destroying our way of life through violence, everyday citizens are becoming Islamists, people who want to impose Sharia law through the system.

Time and again we hear about towns in Middle America, being coerced by Muslim migrants and even converts, who demand their warped Sharia customs take over American customs.

They want the rules and strict standards of Islam to be applied, above the law of the land. Not just for Muslims, but everyone in their communities.

Do you think this is just crazy talk? Then you haven’t heard about what’s going in Minnesota. The inroads Islamists have made there will turn your stomach.

Thankfully, there are still a few patriots who are not taking this lying down.

@bookgirl8 @StarTribune better shut him down before it grows, becomes funded and can't be controlled… and just remember, @MaxineWaters supports this kind of stuff

@StarTribune @PinkUSADreamer Hes a Threat to our country then n needs to go! Deport PRONTO!

Radical Islamists are trying to take over the Cedar-Riverside neighborhood outside Minneapolis by dressing in bogus police uniforms and patrolling the town, enforcing Sharia law.

The town has a high number of Somali Muslims, who are reluctant to notify the police, so it took some time for this illegal policing to be reported…

“Abdullah Rashid, 22, a Georgia native who moved to Cedar-Riverside last year, has been making the rounds in the Somali-dominated neighborhood, telling people not to drink, use drugs, or interact with the opposite sex,” reports Star Tribune.

“If he sees women he believes are dressed inappropriately, he approaches them and suggests they should wear a jilbab, a long, flowing garment. And he says he’s recruiting others to join the effort…”

Rashid was not acting alone, either. He said he has enlisted a group of 10 men, ages 18 to 25, to help him patrol the area.

In a recent interview, Rashid said he aims to turn Cedar-Riverside into a “sharia-controlled zone” where Muslims are learning about the proper practices of Islam and “non-Muslims are asked to respect” it.

This is a pretty bizarre case, you’ll agree. But more and more we are learning about conservative Muslims trying to force their will on other Americans.

Not content to enjoy the abundant freedoms the United States grants them, they want to force their practices on people who want nothing to do with them.

This is a reason why this happened in Minnesota. It seems this state has become especially welcoming to Islamists and extreme abuses of religious freedom. The governor, Mark Dayton, has pressured police chiefs to look the other way on Islamists breaking the law.

A large number of Somali Muslims have settled in the state. And the Center for American-Islamic Relations — who are known for supporting Sharia law —has operated there for some time.

More than ever we are learning how precious our freedoms are. If we do not fight to protect them, they can be taken away. We can’t even trust our lawmakers and representatives to protect us, as they are often the ones who allow this to happen.

As the war against terror rages around the world and ISIS claims more lives in the name of jihad, we cannot become lax to the threats that are around the corner.

The vile evils of radical Islam and Sharia law won’t just go away; we must take a stand and defend our religious freedoms and rights at all costs.