When faced with a challenge, sometimes the only thing you can do is fight.

Many times, even when you’re in the right, there are odds stacked against you. That’s when you need to pull all your resources together and take a stand. 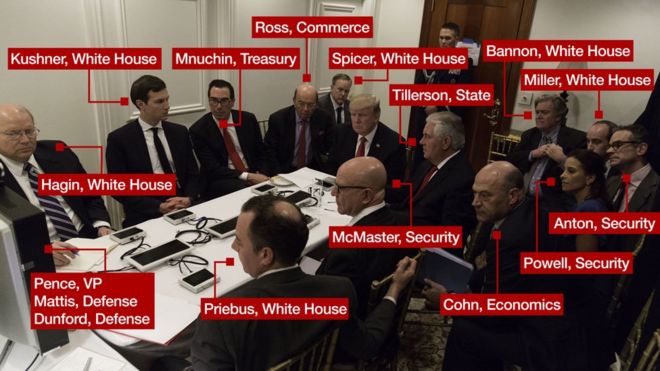 Trump’s advisers are planning to establish a “war room” to combat mounting questions about communication between Russia and his presidential campaign before and after November’s presidential election, while bringing new aides into the White House, administration officials and persons close to Trump told Reuters…

Upon Trump’s return, the administration will add experienced political professionals, including Trump’s former campaign manager, and possibly more lawyers to handle the Russia probe, which has gained new urgency since the Justice Department appointed a special counsel to head the investigation, the sources said…

The White House declined to comment on plans for a “war room” but said Trump will be looking to expand on momentum it believes it has built up during the president’s trip to Saudi Arabia, Israel, and Europe. A White House official confirmed plans to hold more rallies.

The losing left and their pathetic goons in the media have continue to spread their lies. Despite Trump’s early months in office being a success, they continue to push lies about Russia. This made up scandal is based on nothing more than fabricated nonsense.

Yet President Trump will not allow this rumor to undermine his presidency. He has promised much to the American people; he will not let a group of elitist bullies stop those promises from being fulfilled.

Make no mistake: the people pushing these scandals are the same villains who have been ruining our country. For decades, they’ve robbed us of freedom, opportunity, and money. We elected Trump for that very reason: to reject these insider crooks.

It’s no surprise that their only tactic at fighting back is to lie.

Trump’s new war room will be equipped with powerful people that will put these villains in their place. Moving forward expect to hear less from the lying media, as they will have fewer and fewer opportunities to spread their garbage.

We are in an age when the mainstream media no longer matters. They do not have the influence they once had. We control the information today. We can hear directly from our president and cut out the pathetic media.

It’s time we start doing that.