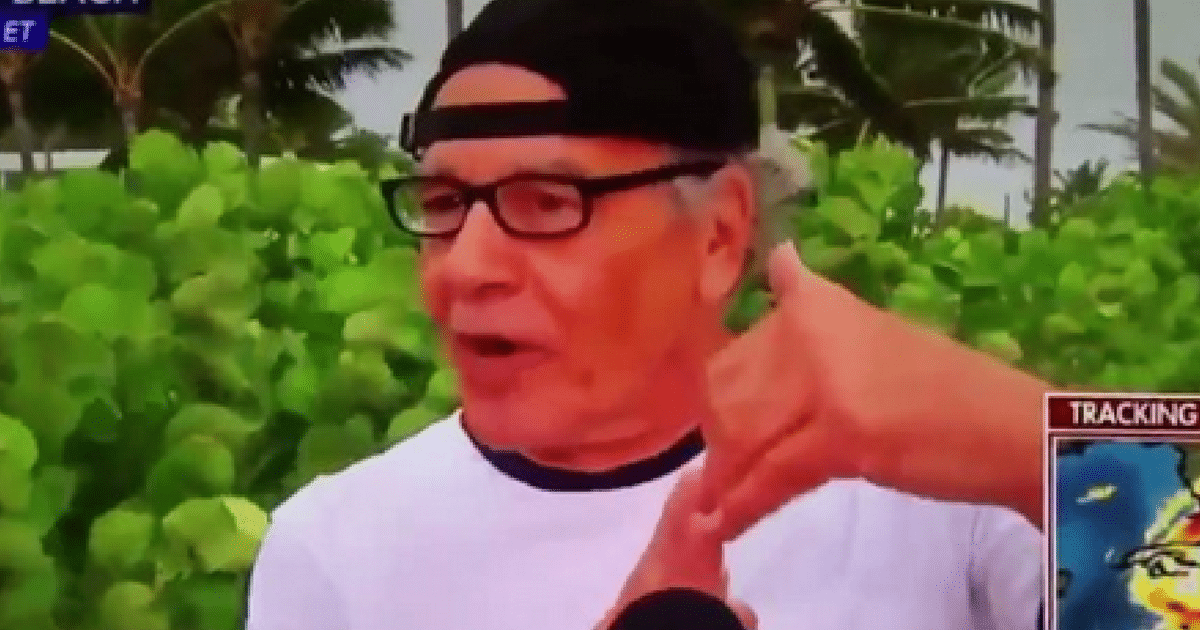 If you really want to understand the difference between the Left and Right views of America, just understand this: liberals think that the average American is an idiot.

And they are so, so wrong about that.

Fact is, it’s the common sense of the common man that built this country to what it is today. Thomas Jefferson put his faith in that very sense – he had hoped for a nation of ‘citizen-farmers,’ common people who understood the law and the issues.

Well, a hurricane isn’t exactly Constitutional Law. But it is an issue, even if a meteorological one.

And this ‘common man’ understanding of hurricane Irma? It’s…impressive.

Fox News conducted a random man-on-the-street interview in Miami Beach, Florida, ahead of Hurricane Irma on Sunday — and the internet couldn’t stop talking about his answer.

“What do you think about the storm, the risk to your own safety at this point?” the reporter asked.

Now, to be fair to this poor reporter, the usual response to such a question is, ‘well, I’m worried about my house, and my neighbors, but we’ve boarded up our windows, so we’ll probably be ok. Prayers are appreciated.’

It’s the kind of Filler and Fluff answer that newscasts use to show the Human Side of natural disasters.

This answer, though, was different. Prepare yourself – and watch for the phrase ‘smartest man alive’:

A Fox News Reporter got completely dominated on live TV by the smartest man alivehttps://t.co/HueiLTWiye pic.twitter.com/Zw62C8zWFd

At this point, I’m very relieved to discover that as we speak, the eye of the storm is practically due south of us by 220 miles because it’s crossing the 80th meridian, which is 80 degrees west longitude.

So, I’m not so worried because it’s so far away — and it’s bearing as of 8 p.m. … not just westbound, it was 275 degrees. That’s only one-fifteenth above due west toward true north.

So this thing is moving and has been moving in a very westernly direction and because it’s several hundred miles south, the risks are less and less. I’m not worried — I don’t think it’s going to get much worse than what we’re seeing right here.

Well…ok, then. If you insist.

Take a look at @FoxNews interview possibly the smartest man alive. With NO common sense. 😂😂😳 pic.twitter.com/US75fxyT6c

Honestly, I had to read the response twice. Then I had to consult a map.

It’s the average American, one who, concerned about an issue, did his research…and has a greater grasp of it than a reporter.

America, in a nutshell, folks.