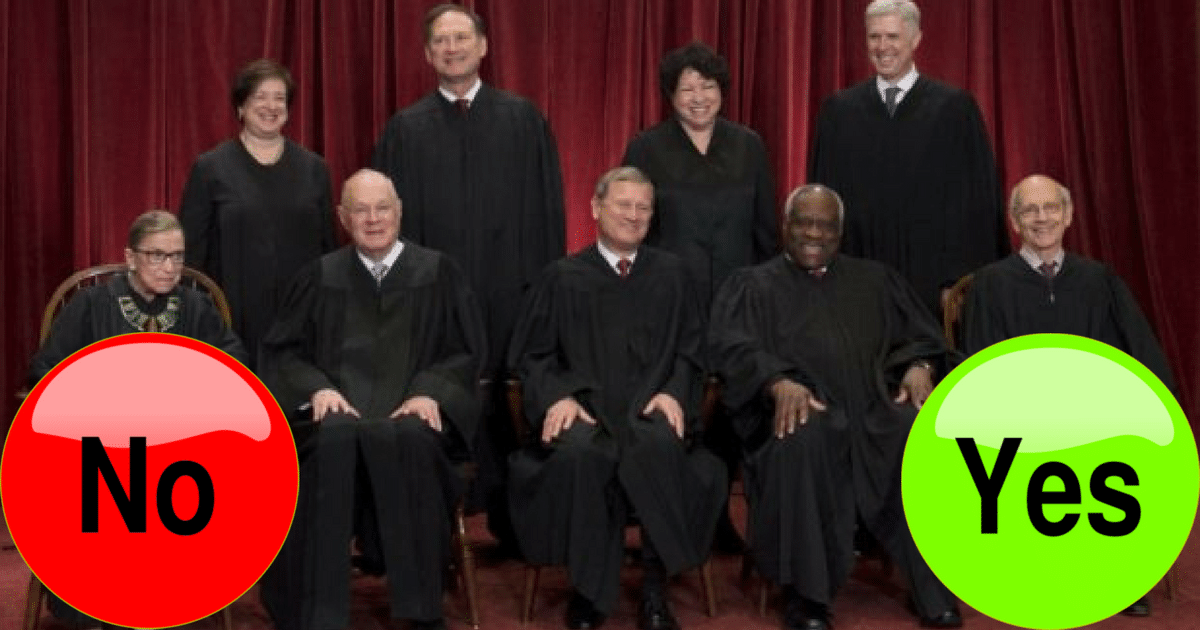 Liberals suffered a huge blow today as the Supreme Court temporarily reinstated the majority of President Trump’s travel ban while they wait to hold a full hearing and give a ruling this fall.

The president only banned travel from countries which have been proven to support radical Islamic terrorism, and from whichthe countries are in such chaos from terrorism that there is no safe way for the U.S. government to know who to let into our country.

And from the looks of it, today gives us a good idea of what is to come from the Supreme Court.

In a victory for the Trump administration, the Supreme Court on Monday lifted key components of an injunction against President Trump’s proposed ban on travel from six majority-Muslim nations, reinstating much of the policy and promising to hear full arguments as early as this fall.

The court’s decision means the justices will now wade into the biggest legal controversy of the Trump administration — the president’s order temporarily restricting travel, which even Trump has termed a “travel ban.”…

…The court made clear that a limited version of the policy can be enforced immediately with a full hearing to come in the Fall.

“An American individual or entity that has a bona fide relationship with a particular person seeking to enter the country as a refugee can legitimately claim concrete hardship if that person is excluded,” the court wrote.

“As to these individuals and entities, we do not disturb the injunction. But when it comes to refugees who lack any such connection to the United States, for the reasons we have set out, the balance tips in favor of the Government’s compelling need to provide for the Nation’s security.”