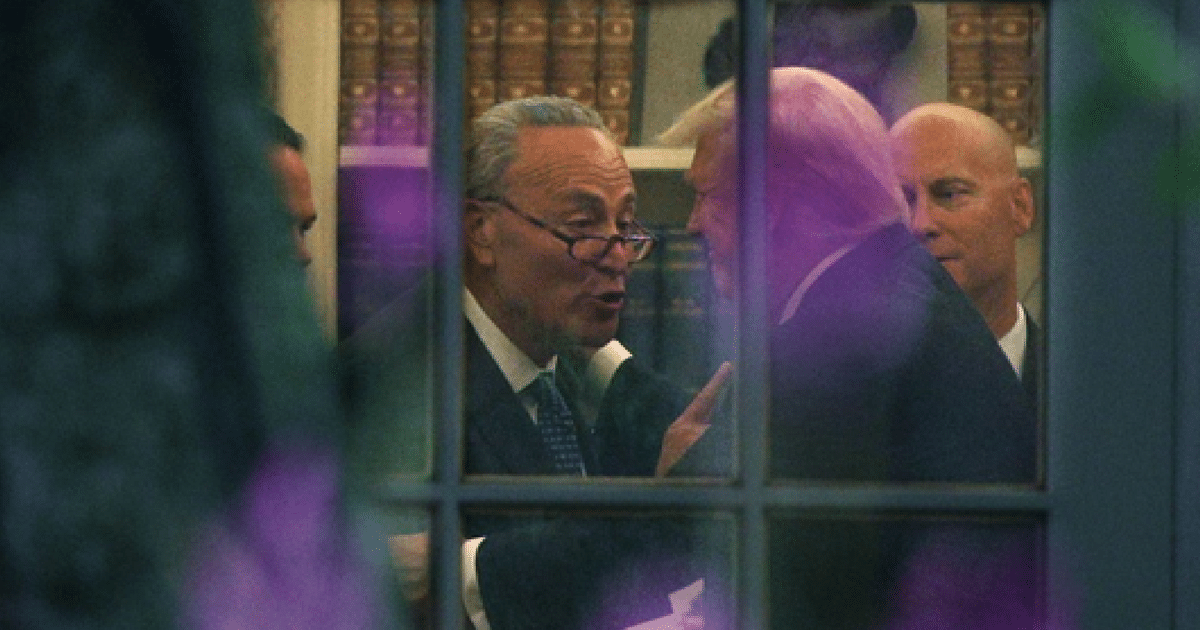 Perhaps one of the best things about Trump is the way he’s absolutely infuriated liberals.

It’s been happening consistently since the election. Trump will say, do, or suggest something completely unexpected. Libs will blow a gasket, or two. Or several. Then the American people will finally be asked about it – and they’ll side with Trump.

And he’ll be right. It happens over and over, and over again.

So when Chuck Schumer was caught on a hot microphone, talking about the president, I fully expected to hear several minutes of Trump-bashing.

Boy, was I wrong.

And Schumer even gave advice to Trump about how to handle crooked politicians.

Sen. Chuck Schumer was caught on a hot mic Thursday speaking about President Donald Trump on the Senate floor.

“He likes us,” Schumer was overheard saying. “He likes me, anyway.”

“Here’s what I told him. I said, ‘Mr. President, you are much better off if you can sometimes step right and sometimes step left. If you have to step just in one direction, you’re boxed,’” Schumer said.

He added, “He gets that. We are always going to work it out, and it will make us more productive, too.”

Schumer hot mic: "He (Trump) likes us. He likes me anyway" Schumer continued "Look, what we said was exactly accurate". pic.twitter.com/pvQrnrr2LO

Now, I don’t believe for a second that this was ‘new’ advice to Trump.

Fact is, Trump’s been willing to make deals with Democrats, Republicans, Independents, Libertarians – anyone if it helps his agenda. And he hasn’t hidden that fact from anyone.

So the idea that Trump didn’t know he could move both Left and Right? Please.

But the idea that Schumer would give Trump friendly advice? That is great news – even if it’s advice Trump already knows. After all, the more people on Trump’s side in Washington, the better. Even if some of those are Democrats. Even if all of them are Democrats. Trump didn’t run on a Republican platform. He ran on promises made straight to the American people.

Or maybe DJT is using you 😂https://t.co/DnkatDm5U1

And if Schumer can help him fulfill those promises, I’m all for it.