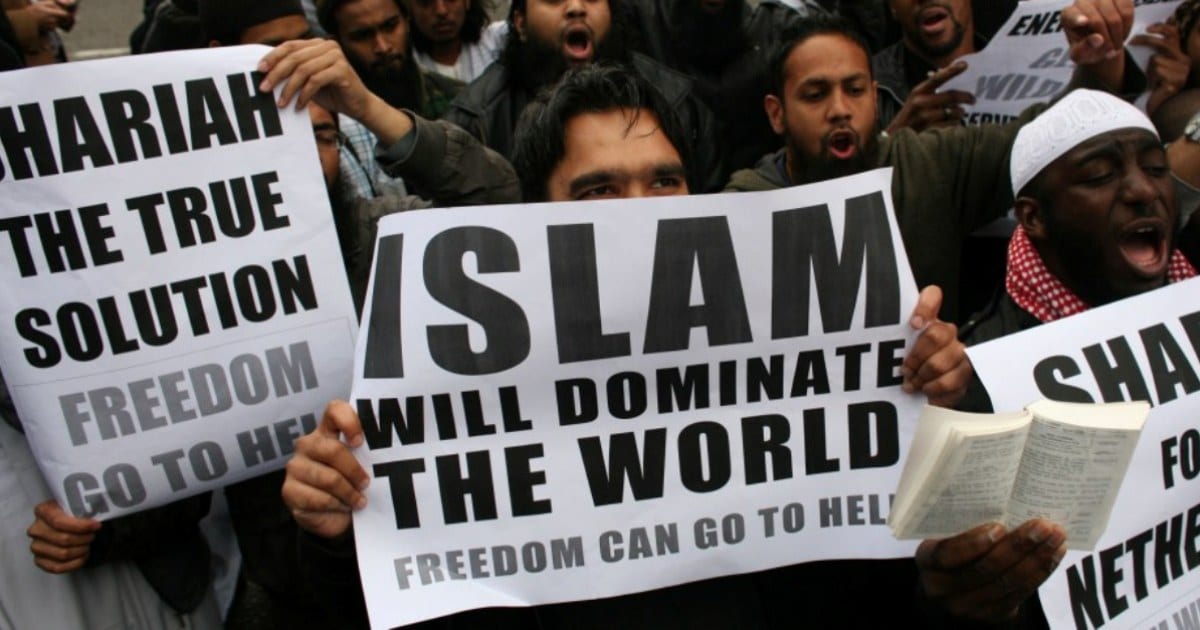 Time and again we see the West bowing to the demands of foreign invaders.

But not through war, but through idiotic liberal policies.

They kowtow to abusive, dishonest people who come to their country, looking for handouts.

Instead of requiring them to work hard like everyone else, brain-dead governments roll over.

This case is especially ridiculous!

Two Muslim children, both sisters, missed a school class photograph in The Hague during Eid al-Adha and as a result, the school has compensated the pair 500 euros. Their parents had demanded 10,000….

lawyer for the sisters, said the incident…was a clear case of discrimination… the Cantonal Court found the school guilty and awarded the pair 500 euros each in compensation.

The court capitulated to brazen Islamic supremacist parents — posturing as victims as usual — and unjustly enforced a penalty upon the school for offending the sensibilities of the Muslim children. Rather than teaching their children about integration and assimilation, these Muslim parents imparted to their children a sense of victimhood, entitlement and superiority over infidels.

Islamic supremacists are becoming increasingly emboldened because of Western weakness. All they need to do is pull out the words “discrimination,” “Islamophobia,” and “racism,” and bingo, useful idiot infidels shrink into submission.

Political correctness of Europe is destroying a once proud and prosperous Continent. These liberal courts and governments bend over backwards to give Muslim immigrants privileges over the rest of their people.

Instead of urging them to embrace the customs of their new homelands, these newcomers force the homeland to bend to accommodate them. And in the most ridiculous ways.

I mean, really? Giving them cash because they missed photo day? Can they find a flimsier excuse for a lawsuit? How about a teacher gave them a funny look? Or another child stepped on their toe by mistake?

This proves how weak and pathetic liberal governments of Europe have become. They’ve traded their pride, dignity, and values for appeasement. Just as many of them did in the days of Hitler. And in the same way, they are being invaded and destroyed.