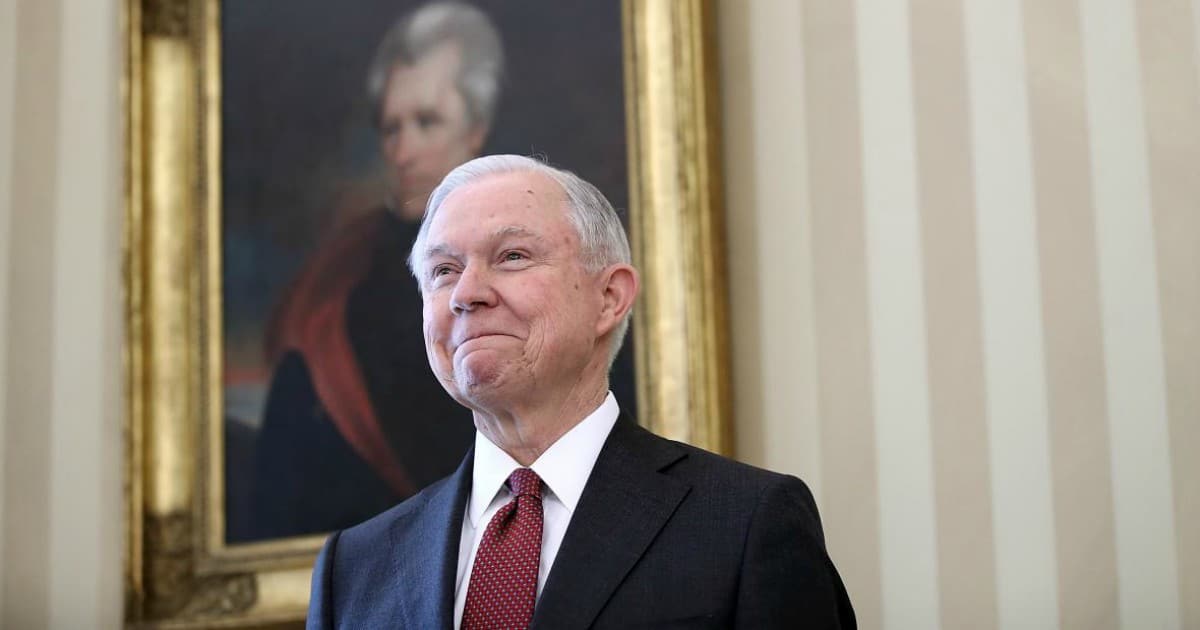 When dealing with subordinates, a carrot and stick approach is usually best. Reward those who follow directions and do well. Punish those who don’t. Carrot, stick; reward, punishment.

Liberal districts across the nation are discovering that, in one specific case, the carrot and stick are the same thing.

We’ve known about the problems with Sanctuary Cities for some time. Local cops are prevented from communicating with ICE, and criminals that might otherwise be deported are left in the US. It’s a big problem, and Sessions has been cracking down hard on it ever since taking office.

And his new carrot and stick? A federal program that makes the jobs of local cops way, way easier. It’s a reward – if your jurisdiction obeys federal law, then you can participate in the program.

But if you insist on remaining a Sanctuary City? You’re out. It’s like being beaten with the carrot.

The Justice Department announced Thursday that cities prohibiting cooperation with federal immigration officials will not be allowed to participate in a newly-created program designed to help local law enforcement.

The move is part of a continued effort by the Trump administration to crack down on so-called sanctuary cities.

In its announcement Thursday, the DOJ released letters sent to four local jurisdictions interested in participating in the Public Safety Partnership program. This program was announced in June and is a training and technical assistance effort.

Those jurisdictions that are still resisting the law? One’s in New Mexico, one’s in Maryland, and two are – no surprise – in California. Like you couldn’t guess.

The Public Safety Partnership isn’t the only federal resource that Sessions has been using to get Sanctuary Cities in line.

Sessions announced just last week that jurisdictions will not be eligible for the $380 million available from a federal grant program if they block access to immigration information or detained immigrants.

Now, $380 million across the entire US may not seem like a lot of money. But a lot of those funds are concentrated in areas that need them the most. And that means liberal areas. All the conservative cities have responsible budgets and proper gun ownership. Which means that the lib cities resisting Sessions will be the ones hit hardest by the withheld funds. Sessions knows what he’s doing, and he won’t back down.