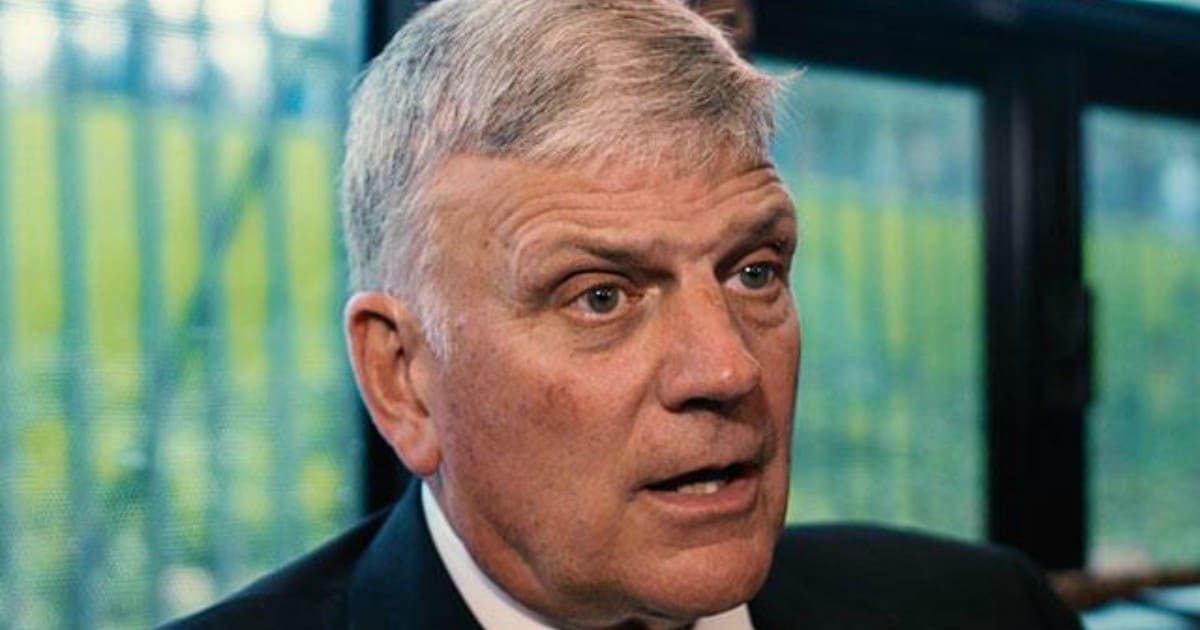 It has been over five months since Donald Trump was elected president, and the left still hasn’t come to terms that their candidate Hillary Clinton lost the election.

And by now, most of us conservatives have lost patience with them. They have blamed everything from the Russians, to James Comey to Wikileaks for Hillary’s loss, but they still haven’t been able to admit the true reason.

Hillary was the worse presidential candidate in the history of the United States. Period.

Rev. Franklin Graham is among those conservatives who have lost patience with liberals. And he has the perfect message for them. 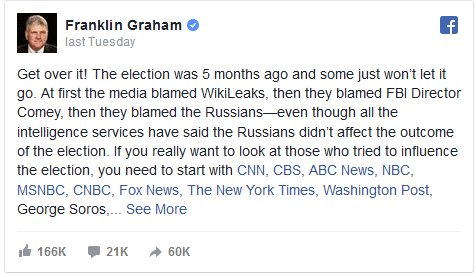 In a viral Facebook message posted Tuesday, the Rev. Franklin Graham had a three-word message for Trump haters across America: “Get over it!”

Graham posted the message after a week in which the mainstream media and the left continued to pound Trump, even as revelations emerged about former Obama National Security Advisor Susan Rice that seemed to vindicate the president’s claims about surveillance.

“Get over it!” Graham wrote. “The election was 5 months ago and some just won’t let it go. Liberals and some republicans are not willing to put their differences aside and work with the president to get things done for the very people they are supposed to be working hard to represent.

They want to keep focusing on outside forces that influenced the election in hopes to make Americans feel that Donald Trump is not a legitimate president.

Well, too bad liberats and Trump-hating republicans, we’re not falling for it.

We agree with The Reverend, “Get over it!”