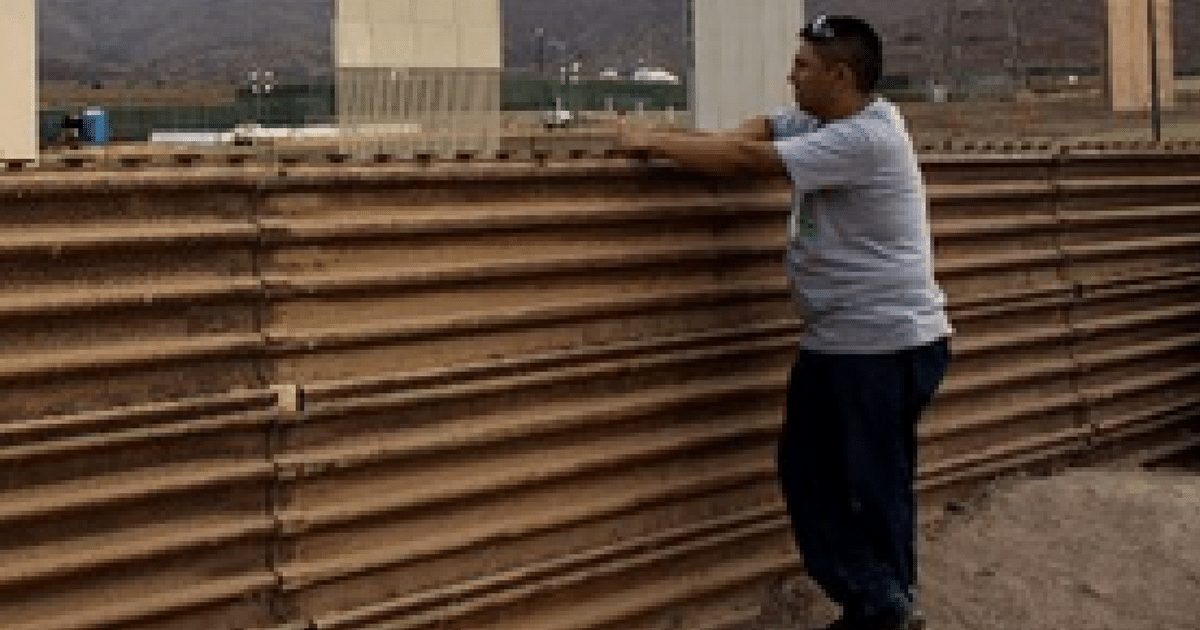 Right after the election, Democrats and DC libs made a big, screaming show of the fact that they were going to obstruct Trump at every turn. They promised. ‘Our priority is to make Trump a one-term president.’

By all accounts, they’re not doing so well.

Fact is, if you’re going to crush someone’s agenda, you need to do more than just deny funding, obstruct justice, and never show up for the vote you’re required to give as part of your job. That’s a lot of obstruction, but it’s not enough.

You’ll also need to make sure that Someone doesn’t just up and do everything himself, bypassing you entirely.

In related news, Trump is building the wall himself. He’s tired of waiting for Congressional idiots.

People living in the Mexican border town of Tijuana noticed something big on the horizon.

The Department of Homeland Security began building prototypes for the massive barrier just across the border this week. The enormous structures make the existing wall look tiny in comparison.

RT GartrellLinda: VIDEO & PHOTOS: Border Wall Prototypes NEAR TIJUANA Are Being Built & We Have the Pictures! https://t.co/M1hnGEOz8U

You might have thought the wall was stalled, simply because Democrats like to show up in Congress and do absolutely no work whatsoever. But nothing could be further from the truth.

Because – and this applies to other news this week – when Trump doesn’t get any help from Congress, he has a way of doing things all by himself.

Repubs in Congress not repealing Obamacare? Fine. Just cancel the subsidies, and cripple it yourself.

Repubs in Congress not approving funds for the wall? Fine.

Just get DHS to approve some contracts, and start the building.

vicenews: We got an exclusive look at Trump’s border wall prototypes (from a hill in Tijuana) https://t.co/AxLUXb1X5A

And by any standard, the buildings up so far are fantastic.

Any good businessman – and Trump is one – knows that getting started is half the battle. And people that don’t want you to succeed use up most of their fight in that first half…and then give up, once you’ve started.

From the Tijuana side, Mexico, Oct.12, prototypes of US President Trump's US-Mexico border wall being built near San Diego, in the US. #AFP pic.twitter.com/NdSGZO3qVZ

In other words, Democrats can complain and moan all they want. But once construction starts, all the fight will have left them. And Trump has started construction.

I’ve said it before, and I’ll say it again – businessmen make the best leaders.