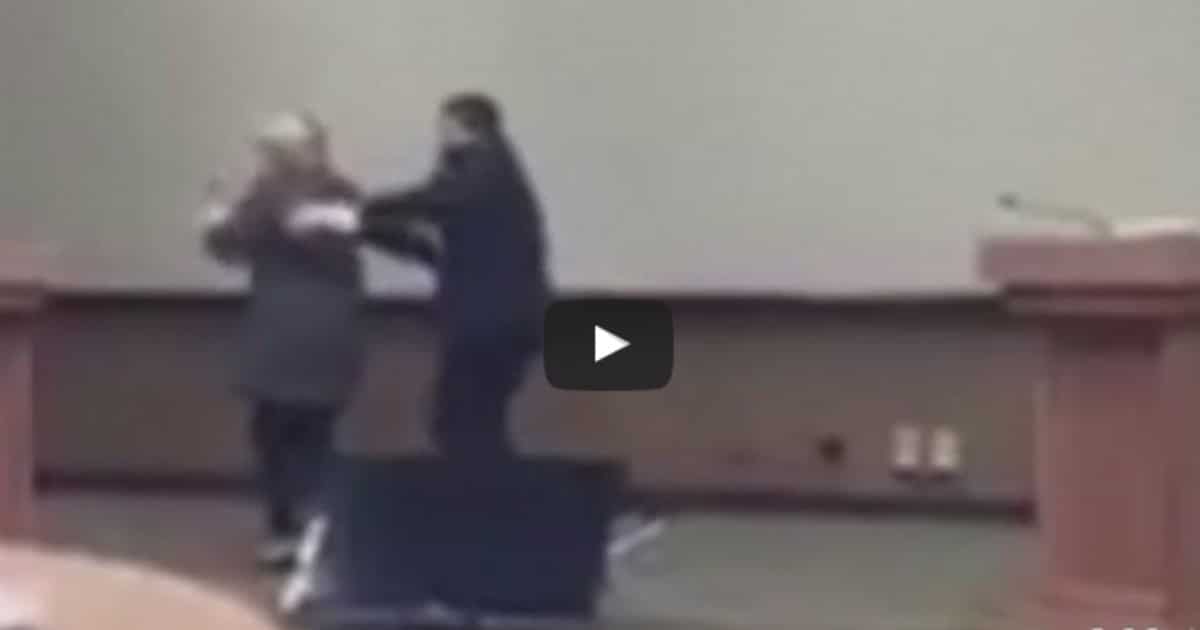 Democrats hate Trump so much, they actually practice avoiding his touch. This is not a joke.

But the best part about this story? That hatred is practiced, and perfected.

And it’s perfected by none other than the most corrupt politician in history, Hillary Rodham Clinton. Who, in today’s news, stars in a video that shows her practicing avoiding touching and hugging Donald Trump.

Because, I guess, that was the most important thing in the debates. Don’t touch Trump. The truth, and honesty about emails and Benghazi? That crap can wait. Just don’t touch Trump.

The hatred of the Democrats never ceases to amaze me.

An aide to Democratic nominee Hillary Clinton posted a video on Twitter on Friday showing how the former secretary of state practiced ducking a potential hug from Trump before one of their debates this past fall.

Philippe Reines, a political consultant who has been a senior adviser to Clinton since she headed the State Department under President Barack Obama, acted as stand-in for Trump during the candidate’s debate preps.

In the video, Clinton is seen playfully eluding the outstretched arms of ‘Trump’, played by Reines, much to the delight of staffers who are heard laughing.

This is a side of Clinton we know exists, but we rarely see exposed – deceitful, manipulative, and hungry for an audience. After all, her staffers are ‘heard laughing.’

Good to know you’re practicing your mockery of the future Commander in Chief. Please save your words, because you’re going to have to eat them.

Staffer Reines even got in on the ‘let’s mock Trump’ action himself:

‘Not easy to avoid the unwanted Trump hug, sometimes it even takes practice,’ Reines wrote in the tweet’s caption.

It’s hard to describe this whole absurd story, really. Trump is trying to embrace his opponent – a simple, kind gesture of support and American unity. His opponent is practicing – practicing – avoiding this very symbol of unity.

Does anyone else see what’s wrong with this picture?

Of course, we know the end of the story. Trump wins. And Hillary does not hug him. Hugging in defeat, apparently, is just as bad as hugging in a debate.

Perhaps she should have practiced that.