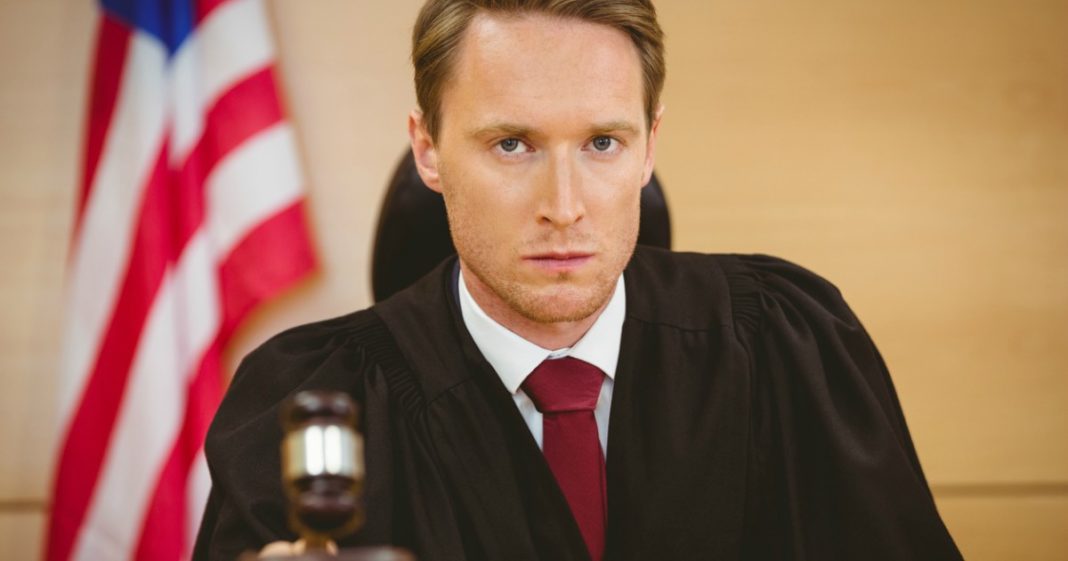 With all of the dark news coming out of Europe about Muslim immigration and Sharia law, we could all use some good news.

Luckily, I’ve got some.

Europeans know the problem well – devout Muslim men do not want to live under the laws of the countries in which they live.

They want to live under Islamic law, a collection of 9th century backwater judgments about how to kill your enemies, kill the infidels, kill the Jews, and mistreat as many women as you can capture.

And they’re trying to do the same thing in the US.

Trump is ready to stand up to them here. But there’s quite a bit of brave souls over in Europe.

And one of them just dropped a bombshell on an unsuspecting Islamic man, a man who insisted he had a right to be judged under Sharia law.

To paraphrase the judge…no, you don’t.

After a woman filed for divorce, her entitled Muslim husband proudly told the court that they must be judged by Sharia law because of their faith, which would deny his wife basic rights.

His smile quickly faded, however, when the judge countered his religious demands with a perfect offer of his own.

Knowing that Islamic law determines that a woman’s worth is half of a man’s, Justice Nicholas Francis not only refused to apply Sharia law but immediately ruled against the entitled Muslim husband.

Justice Francis bluntly called out the husband, telling him that he knew the Muslim man wanted to be judged under Sharia because it would ensure that he would be given biased treatment as a man by either denying the woman a divorce or leaving her derelict.

The episode happened in the UK, and Judge Francis’ response are typical for your average Brit – calm, understated, but blunt and clear. He wasn’t going to give in.

After all, the woman was a British citizen. That was all the information he needed to render judgment, not what Sharia, or Islam, or Muhammad said.

And, in case you’re wondering, that bit about women being only half the worth of a man, according to Islamic law?

But I wouldn’t recommend it.