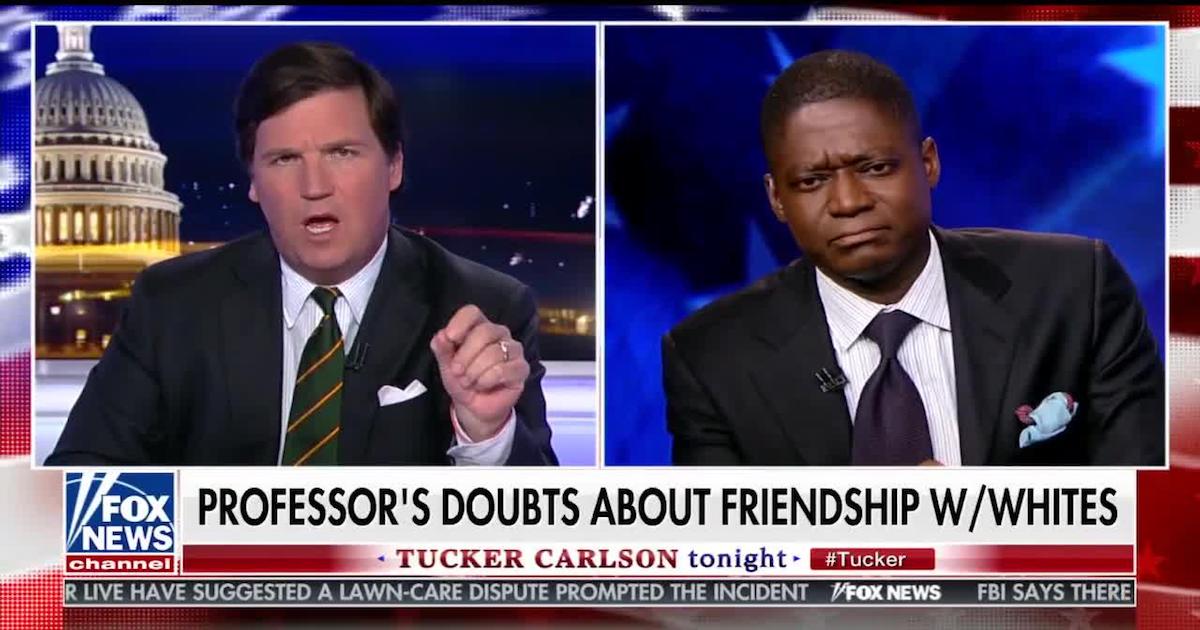 I spend much of my time exposing the hypocrisy of the Left.

And most of that time is spent banging my head against a wall in frustration. It’s what happens when you roll your eyes one too many times, you know?

This time, though, is different. This time I don’t feel frustration; rather, I feel nothing but sadness.

After all, as dumb as liberals can be, it’s easy to forget that their policies and ideas can cause real human suffering. Even if the people suffering are they themselves.

Or, perhaps, their children. Because few things are sadder than watching a parent tell his kids that they can’t be friends with white people.

Fox News’ Tucker Carlson took on a professor that wrote an op-ed questioning whether his children could be friends with white people Monday, accusing him of “sophism.”

Much sooner than I thought I would, I will have to discuss with my boys whether they can truly be friends with white people.”

If that sounds racist to you, that’s because it is.

But if it sounds sad – and it should – it’s because your natural instincts are kicking in.

It’s one thing to let a bigoted adult fall prey to his own falsehoods. But it’s another to watch it happen to a child.

Luckily for the rest of us, Tucker doesn’t let Yankah off the hook.

“Tucker asked, ‘How would you feel if I told my children what you told your children, but the colors were reversed?’

Yankah responded, ‘Will you teach your girls to be cautious around men until they prove that they are men that can be trusted?’

“Men, but not men of a certain race, because I don’t think that the races are as different as you think they are.

You think one is good and one is evil. That’s what you said in your piece.”

It’s not about sex, it’s about race. And no, I don’t teach [my children] that there are dramatic differences between the races, because I’m not a bigot.”

Tucker does well. But I honestly think he’s wasting his time. No one teaching their children these things is going to listen to reason.